The Auckland Diwali Festival is one of the  most colourful cultural festivals, celebrating traditional and contemporary Indian culture in New Zealand. Being celebrated over three weeks this year, Aucklanders will have multiple ways to celebrate with more than 100 activities and experiences taking place at numerous local venues across the expanse of the city.

Featured in the region’s seven venues, from Warkworth to Papatoetoe, there will be a fun filled line up of activities including a mix of cooking, dance and music workshops, panel discussions, film nights, and activations from sponsors.  Furthermore, 20 community venues region-wide will host local workshops and events, facilitated by Auckland Council Community Venues. 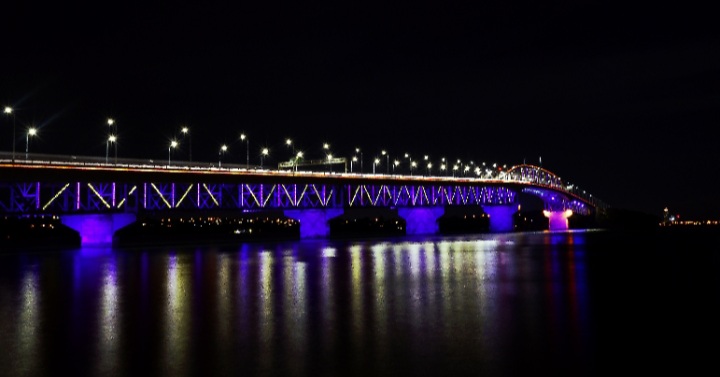 Featured in the region’s seven venues, from Warkworth to Papatoetoe, there will be a fun filled line up of activities including a mix of cooking, dance and music workshops, panel discussions, film nights, and activations from sponsors.  Furthermore, 20 community venues region-wide will host local workshops and events, facilitated by Auckland Council Community Venues.

Commenting on the Diwali celebrations, Auckland Mayor Phil Goff said, “The Diwali Festival is much loved by Aucklanders and important to our diverse communities. While COVID-19 precautions mean that this year the festival won’t feature the traditional gathering in Aotea Square, the more than 100 events across the region will provide ample opportunity to celebrate the Festival of Lights with friends and family, while ensuring that everyone stays safe.”

“While this year’s festival will be different, it offers exciting new ways to enjoy Diwali Festival and showcase Auckland’s vibrant Indian communities. This year the programme is much more focused on sharing knowledge through cooking, dance and craft workshops and engaging in important discussions, as well as simply enjoying films, dance and music,” says Clarke.

Highlights of the programme include a spice market, art and light installations, competitions, a special evening of classical Indian music, and a Radio Tarana Bollywood dance competition online. Auckland’s landmarks will also be lighting up in celebration of Diwali, including a rangoli-inspired show by Vector Lights on the Auckland Harbour Bridge.

Seven much-loved films will be played across key venues including Bride and the Prejudice, Lion, Yesterday, and Life of Pi, presented by ASB.

Shining a light on traditional arts and crafts will also be a key aspect of the daytime programming, with workshops on making diya lamps, colouring rangoli, DIY henna, classical music, Bollywood and belly dance as well as more contemporary Bollyrobix classes. Free cooking classes and opportunities to enjoy chai tea and Diwali sweets will also be on the menu.

Auckland’s four key landmarks across the region will also be lighting up in celebration of Diwali:

Vector Lights on Auckland Harbour Bridge will shine in celebration of Auckland Diwali Festival, from 8pm to midnight, every 30 minutes. The sustainable, colourful light and sound show embodies the vibrancy and energy of the region-wide celebrations of this age-old Indian festival. The patterns are inspired by rangoli art and is used to bring good luck and brighten the atmosphere with positive energies. Check out the views of Vector Lights on social media using #vectorlights #DiwaliAKL

The Sky Tower will be lit in bright pink and yellow for the Diwali Festival which is celebrated with enthusiasm and love amongst family, friends and relatives.

The dynamic projection tells the story of Rama, Sita and their entourage returning from war and exile, in a portal of light. Their arrival signals the start of Diwali which is represented by an explosion of light and colour across the face of the building. Diya lamps and Rangoli patterns are the primary inspiration. The celebration in lights continues as the building is transformed with intricate Hindu temple carvings. As the light party and music reaches a crescendo, the building appears to break up into particles of light that slowly drift off into the night.

The festival signifies the triumph of light over darkness, good over evil and the renewal of life. Te Ara I Whiti – The Light path will be lit with hues of oranges, yellows, and bright fuchsia to celebrate the annual festival. Inspired by the traditional artform of Rangoli, the lighting display for Diwali starts with the ‘painting in’ of the background, followed by the careful rhythmic placement of coloured ‘deposits’, using patterns at different scales to evoke the patterning of the Rangoli. The strong shifting colour combinations finish with a ‘washing away’ of the colours across the entire length of Te Ara I Whiti.

I-Tech to impart online IT education to K-12...