As we approach May 1​st​, we are reminded of observing The Labour Day (Shramik Diwas) across India. In the state of Maharashtra, we celebrate this day as the Maharashtra Diwas- a glorious reminder of when the existing state of Maharashtra was formed 60 years back in 1956.
Although Labour Day in India is a public holiday, people hold demonstrations and organize camps to mark the day in memory of the very first Labour Day which was celebrated on May 1​st​, 1923 in Chennai. 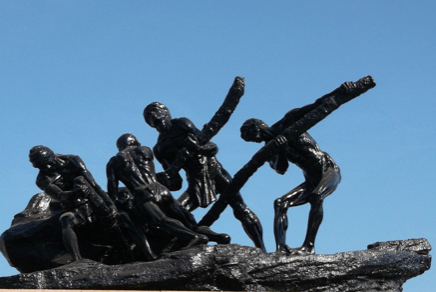 Appreciation of labourers and workers goes far beyond having a holiday and participating in Labour Day celebrations.
Labour work force anywhere, in any industry should be valued and respected. It is important that they are accorded a rightful place in our hearts and lives and in our society.
Although, there are millions of workers in India, yet an alarming trend that the country has been witnessing is that sometimes the companies, in order to bypass the tough labour laws, end up hiring contractual employees. Lack of security, poor pay, seasonal employment, poor living standards, and child labour- these and a number of other challenges have often plagued the working class of our country.

Labour Day is a reminder for us that labour is an invaluable human resource and work forceof any nation and hence it should be considered as the real architect of our society and that thelabour deserves due respect.
Also, it is extremely important to know that child labour is prohibited under the Child Labour Act of 1986 and strictly bars employing children below 14 years. This act has been instrumental in achieving better labour standards and to ensure no ill-treatment or abuse is done to children by industries or other businesses.
To all the citizens, future employers and employees- celebrate May 1​st​ by being a little more conscious on this day for you and for the working class that toils each day to keep things running and smooth.
0 comment
FacebookTwitterLinkedin

NOGS conducts a workshop on Healthy Pregnancy on April 28