Exit polls- Who is going to woo the nation’s youth

Most of the exit poll results have predicted a sweeping victory for the BJP. But can we really bank upon the legitimacy of these polls a 1000%? Some exit polls have been reasonably accurate; some have erred within acceptable limits, whereas others have been terribly wrong. While a closer examination of exit poll results is necessary to determine who will have the ‘last laugh’, it is equally imperative to see if the results give a mixed picture then how will it change the demographics and the landscape of the nation as a whole?

Yuva Shakti or the youth power being the catchword this election season, 50% of India’s population is below 28 years of age, and no wonder all political parties have been wooing the young voters rather aggressively. If social media statistics, exit poll results, and the general climate are in any way decisive or a conclusive factor, then the maximum preference is given to the BJP by the voters of the working age group (26-50) years of age. For the young and the whippersnappers, between the 18 and 25 years of age, the BJP is the most preferred party. 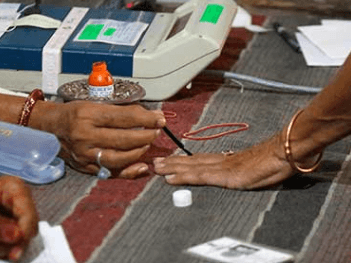 Are Exit Poll results really the last will and testament?

We need to remember that the essential premise of the exit poll is that voters tell the truth when they come out of the polling booth. They have nothing to hide anymore with respect to who have voted for and even if they do, it won’t be of any consequence. However, this is not always entirely true and that’s why opinion polls taken at leisure try to filter out a ‘lying factor’ by asking some intersecting questions to the voters. But since, there’s no time to do this in an exit poll, the accuracy of the replies or the veracity of the answers hinges entirely upon the respondents’ sense of security.

This election, particularly, has been one, where the youth has dived in with full gusto. The youth has been participating in political discussions, political discourses and even arguments that have been heavily and politically influenced. While it is good to indulge in a healthy political discourse and a dialogue, it is also important to maintain dignity and a good conduct even in the midst of dissension or a discord. Both national parties, the BJP and the Congress have tried to field in young faces to attract the young voters and the final results will only show how much has that helped. While all methods have their benefits and challenges, the exit poll analysis buttresses our confidence, that for vote choice, exit polls have been reliable. The discrepancies and the margins and how much, have to be looked out for on the day of the verdict.