In the Finals of the Science Quiz conducted on 29th Aug’19 by Mr Vilas Chaudhary, Project Director, Raman Science. Centre Point School, Katol Road team including Manvi Kapoor & Falgun Sukhija bagged the 1st position and the team including Ishan Kadusbar & Soham Banode of BVM Trimurti Nagar were Runners Up. The top notchers of CPS Katol Road bagged the Trophy for the Science Quiz along with certificates & Gift vouchers. The Runners Up received certificates & gift vouchers. 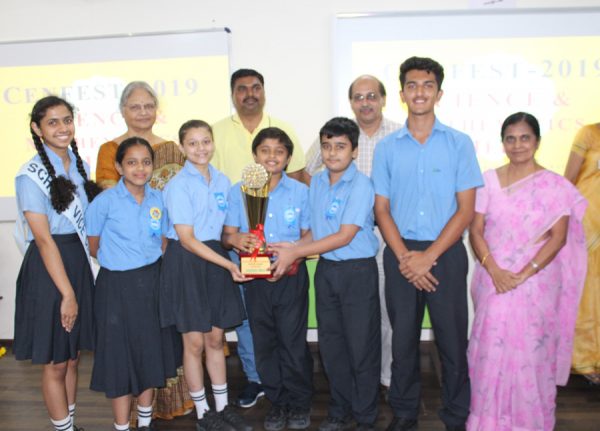 The Quiz Master for Mathematics conducted on 29th Aug was Mrs Aruna Shobhane, HOD Maths & Supervisor at Dinanath High School. Once again as finalists of the Maths Quiz, the team from Centre Point School, Katol Road including Gurleen Batra and Nikunj Vasayani bagged the 1st position and claimed the Maths Rolling Trophy along with certificates & gift vouchers. At the Runners Up position was the CPS W’Nagar team including Pranish Panpalia & Jay Gupta. They received certificates and gift vouchers.

On 30th Aug’19 the Science Talk competition held and the judges for this event included Dr Vijay Soman, Asst. Prof in Mohota Science college, Dr Dyaneshwar Bhatalwar, a Ph D in Environmental Chemistry and Mrs Gauri Tumde who was HOD Chemistry in Shri MM College of Science. On the basis of the cumulative points of the distinguished judges, the team of CPS Katol Road was adjudged as the top notcher. Anushka Subramanian with her confidence sailed through the Talk & the Viva supported by Aditya Bansal for the presentation. The team received certificates & gift vouchers. The Runners Up for the event was Falguni Panda and Sakshi Dhopade of BVM Civil Lines. They also received merit certificates & gift vouchers. 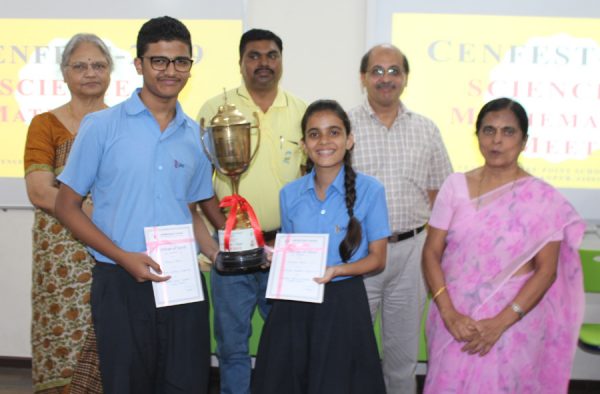 On 31st Aug’19 the Mathematics Talk was also conducted and adjudged by the Anuradha Singh Ph D in Numerical Analysis, Dr Aruna Shobhane and Mr Kiran Meghe, Lecturer in Mathematics in Hislop College Judging was a tough task & ended up in a tie for the 1st& 2nd position. Based on the talk, the Viva and the presentation the 1st position was shared by the team from CPS W’Nagar including Samruddhi Shirbate and Vinit Kalra and the team from Sandipani School, Hazaripahad, including Aditya Singh and Palash Shendre. The tie for the Runners Up position was between the team from CPS Katol Road including Gulmehak Khurana and Dhruv Gattani and the team from BVM Trimurti Nagar including Shreya Varshaney & Ayush Mandwar. All the winners received certificates & gift vouchers.

The On-The-Spot Mathematics Model Making Competition was also held on the same day. The judges for this event included Dr Anuradha Singh, Dr Aruna Shobane and Dr Ranjit Ghumde who holds a vast teaching experience in teaching Mathematics at the College level.

The Prizes were announced by Mrs Shilpee Ganguly in the presence of the judges, Mrs Kana Roy Chaudhury, erstwhile Principal of CPS KR participants & escort teachers and Science & Mathematics Departments of the school. The two departments worked under the guidance of Mrs Shilpee Ganguly, Principal, CPS KR & the two coordinators Mrs Manimegalai & Mrs Anindita Thomas. The event was a grand success reflecting the efforts of the dedicated staff of the school.

Workshop on Personal Hygiene during Adolescence for Girls