Exactly fifty years ago, on 12 September 1969, the Mahatma Gandhi Institute of Medical Sciences (MGIMS) was born. Today, MGIMS has blossomed into an institution that has trained over 3700 doctors to lead the way to better health. Kasturba Hospital, a teaching hospital attached to MGIMS, prides itself for providing affordable and appropriate care to rural communities and clinical training to medical students. A commitment to excellence, community engagement, and spirit of adventure make MGIMS one of the most respected medical schools in the country. And the research generated at MGIMS is changing and saving lives around the country. 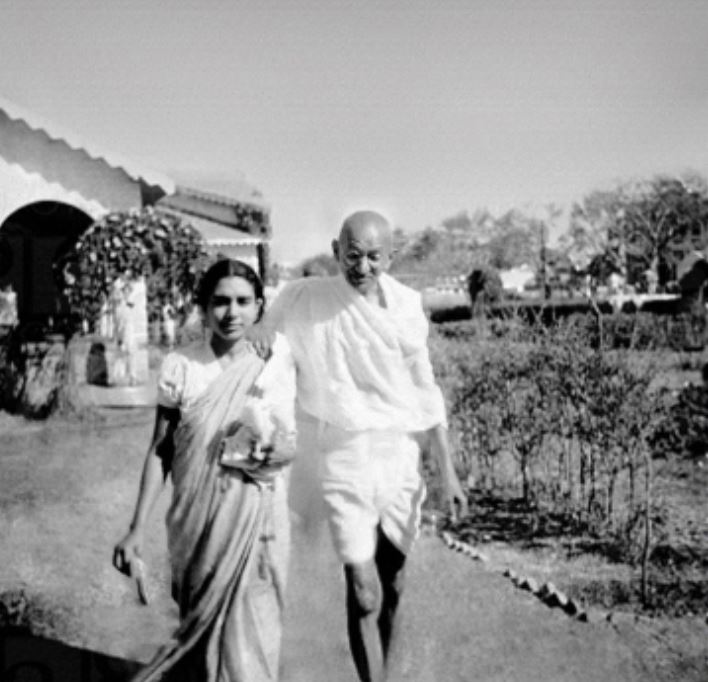 The story of MGIMS and Kasturba Hospital revolves around a nondescript village called Shegaon in the Wardha district. After Gandhiji left Sabarmati ashram in 1930, vowing never to return until India was free from British imperialism, Gandhiji wanted to live in a village where he could be close to the dust and heat of real India. He chose this village, where 500 people lived with “no post office, no store for foodstuffs, no medical comforts and were difficult to access in rainy season.&quot; Mahatma Gandhi arrived here in the summer of 1936, and the village—Gandhiji renamed it Sevagram—soon catapulted into the national limelight.

“I set up a dispensary at Sevagram and learned to train volunteers to fight the epidemic and provide medical care to the villagers. In this way, I was initiated into the concept of integrated, preventive and curative medical practice and community medicine which, everyone today agrees, must form the basis of India’s health services.” Dr. Sushila Nayar

In 1938, Sushila Nayar, a 22-year-old graduate from Delhi’s Lady Hardinge Medical College, met Mahatma Gandhi in Sevagram. She was to see Pyarelal, her brother, who was Gandhi’s secretary. Attracted by Gandhi’s charisma in the freedom struggle, she stayed on. Her selfless service to the community endeared her to the local people.

In 1944, cholera broke out in Sevagram. Gandhiji asked Dr. Sushila Nayar, by now his physician, to deal with the problem considering the village as the hospital and the houses as the wards&#39; He permitted her to set up a small clinic. Dr. BC Roy and Dr. Jivraj Mehta, who later went on to become the Chief Ministers of West Bengal and Gujarat respectively, helped her in the task.

A year later, this clinic grew into a 15-bedded hospital for women and children and was named Kasturba hospital. Until 1964, Mahatma Gandhi Memorial Trust managed the hospital. On 11 September 1964, it handed over the hospital to Dr. Sushila Nayar, the President of the newly formed Kasturba Health Society (KHS).

In 1964, Prime Minister Lal Bahadur Shastri wondered if starting a medical school in a village could motivate medical students to serve rural communities. Dr. Sushila Nayar worked relentlessly for five years to translate this dream into a reality. She chose Sevagram to start an experiment in medical education and community-oriented healthcare.

MGIMS enrolled its first class in 1969. Dr. Sushila Nayar was particular that the students and faculty wore khadi, took part in all-religion prayers and shramdam, and said no to tobacco and alcohol— a code of conduct followed even today. Dr. Sushila Nayar was the founder president and director of the institute until her death on 3 January 2001. After she died, Mr. Dhirubhai Mehta has led the institute, upholding the legacy of his mentor and fulfilling her dreams of holding the bright torch of MGIMS and aloft, undimmed and untarnished and ensuring that its light reaches the poorest of the poor.

MGIMS admits 100 medical students each year to its MBBS course. Half the students come from Maharashtra; the remaining from the rest of India. It offers degrees and diplomas in 20 postgraduate disciplines and PhDs in nine departments. The institute is affiliated to the Maharashtra University of Health Sciences Nashik since 1998.

Most medical schools in the country are producing graduates in modern medicine with modern facilities without teaching adoption to poor patients and rural needs. At MGIMS, the spotlight is on community-oriented medical education.

A medical student takes five years to graduate and another three years to obtain post-graduation. MGIMS strives to make its students sensitive to the felt needs of low-income communities. The initial phase is all about innovative learning—learning from the people and about the people. A typical MGIMS student spends a fortnight in Gandhiji’s ashram soon after admission, goes to the village to learn medicine at people’s doorsteps, lives in a village for a fortnight to hone social and medical skills, adopts families in the villages and acts as their friend-philosopher-guide all through the studentship.

This tryst with rural life helps students learn how to practice just medicine in an unjust world. They pick up how to avoid unnecessary medical tests, treatments, and procedures and how to put their skills and competencies to use. Taught by full-time 131 teachers—many teachers at MGIMS have been teaching for four decades—students learn what it takes to be a good doctor. Thus, the MGIMS covers the entire spectrum of health care—its students moving seamlessly between the classrooms, labs, hospitals, and villages—unlike other medical schools that focus only on academic medicine.

MGIMS alumni—3500 of them— are spread, worldwide. MGIMS teachers have played a key role in ensuring that their students retain their ideals and stay true to them throughout their practice. The MGIMS values—honesty and humility, compassion and empathy—that are inculcated during their training have enriched their personality and shaped their careers.

Dr. Sadhana Bose, a public health specialist at Perth says, “I am, what I am, because of MGIMS.” Dr. KK Aggarwal, a Padma Shri awardee and former President of the Indian Medical Association keeps telling people how proud he is of being an MGIMS alumnus.

Medical research in India is often criticized for being poor in quality, and largely irrelevant. Researchers tend to ignore the local health issues and their research fails to answer questions that merit urgent attention. MGIMS is an exception. In 2013 and again in 2017, the National Assessment and Accreditation Council (NAAC) judged MGIMS worthy of A-grade— its unique innovations in education, healthcare and research catching their eye.

MGIMS is aware that without inquiring minds medicine will standstill. In a medical school, teachers must question, evaluate, and test different approaches to objectively. Beginning in 1971, MGIMS has published 4100 research papers, exemplifying a culture that promotes essential and relevant national research. The researchers have consistently conceived novel ideas, applied rigorous research methods, and often teamed with international researchers to produce thought-provoking research—a testimony to their inquisitiveness and scholarship. They have focused on a wide variety of subjects: TB, leprosy, and filariasis; heart attacks, strokes, high blood pressure, and diabetes; cancers; diseases affecting women and children; medical education, laboratory research, and public health. Published in prestigious journals, these papers have won the accolades, worldwide.

MGIMS has shown that good researchers do research for the right reasons, and do not blame lack of time, space, equipment and human resources. Reputed national and international agencies have consistently funded the MGIMS research, an apt recognition of its quality.

From a 15-bedded hospital, Kasturba Hospital has grown to a 934-bedded teaching hospital. The strength of the hospital is bedside teaching—medical students learn how to make a diagnosis, choose appropriate tests, treat the patient, and handle ethical challenges that illnesses so often trigger. Indeed, for medical students, the hospital wards are the temples of learning.

The hospital records more than a million outpatient visits and admits 52000 patients every year. The hospital has evolved to reflect ongoing changes in the way health care is delivered and paid for. The hospital offers maternity and pediatric services, intensive care units, treatment of trauma and emergency patients, and those requiring major surgery and other highly-skilled, advanced care. More recently, the hospital has introduced palliative care to reduce pain and misery in the evening of life. MGIMS doctors also run a 50-bedded Dr. Sushila Nayar Hospital in Melghat, an effort to reach the unreached.

What sets Kasturba Hospital apart is not just the depth of resources; the hospital has them aplenty. The hospital has never lost sight of its mission: to provide accessible, affordable and appropriate healthcare to the communities. Ever since its inception, MGIMS has ensured that the education it imparts, the research that it undertakes and the healthcare it provides are responsive to the voiced and often unvoiced— needs of the community. As an example, babies abandoned soon after their birth receive tender loving care—and a new home— at Aakansha, a center running in the institute since 2002. Eye specialists often travel hundreds of miles to identify patients with treatable blindness, bring them to the hospital, operate their eyes, and send them home—their eyesight fully restored.

Advanced Hospital Information System (HIS) Sevagram’s successful attempt to go paperless and make the hospital more efficient. Beginning in 2004, the hospital has been capturing all details of the patient—from entry to exit—electronically. One of the first public hospitals in the country to achieve this distinction.

The hospital pharmacy ensures that a patient with high BP, diabetes, heart disease and high cholesterol pays just a little over Rs. 150 a month for the treatment. No Drug Representatives in the hospital In 2009, MGIMS enacted a policy aimed at limiting the potential influence of drug and other biomedical companies in its day-to-day clinical and educational activities.

No Drug Industry Support for Conferences

“Several years ago, the Mahatma Gandhi Institute of Medical Sciences, a rural medical college in Sevagram, Maharashtra, India, decided to refuse drug industry support for any conferences, seminars or workshops, thus becoming “the first medical institute in the country to keep [the] drug industry away from medical education”. Surely, if a rural medical college in India can afford to scorn the bribes of Pharma, one medical school in the US could show the same leadership?”

President Ram Nath Kovind visited the institute on 17 August 2019. He recalled how Dr. Sushila Nayar strived hard to translate her dreams into reality. He also congratulated MGIMS for its focus on community-oriented healthcare and medical education. In 1969, Dr. Sushila Nayar planted the seed of an idea, a philosophy and an institution. Few would have believed then that the seed would grow roots, sprout to life as a tree, and blossom out so beautifully. The fragrance of that tree has filled the 450 acres of Sevagram. It is easy to plant a tree but much harder to make it grow. Over the five-decades, KHS management (Dr. Sushila Nayar, Mr. Dhirubhai Mehta, Mr. PL Tapdiya, Mrs. Manimala Choudhary, Mrs. Kamala Desikan, Ms. Suma Subanna, Dr. P Narang and Dr. BS Garg) has ensured enough light, water, and nutrients to help the tree survive through thick and thin. Several deans, medical superintendents and teachers have tended the tree, ensuring that it develops dense foliage, flowers and fruits: Drs ID Singh, ML Sharma, KS Sachdeva, P Nayar, Karunakar Trivedi, BR Prabhakar, JS Mathur, BC Harinath, OP Gupta, VN Chaturvedi, P Chaturvedi, R Narang, AP Jain, S Chhabra, UN Jajoo, MVR Reddy, KR Patond, SP Kalantri, and NM Gangane.

50 years is a landmark in the history of any institution. A time to pause and introspect. A time to take stock, look back, analyze the present and prepare for the future. MGIMS knows that it would be naïve to sit on its laurels. MGIMS has always steered clear of the crass commercialization of medical education and healthcare and is keen to expand its community-based approach, introduce new facilities in the hospital and lead the way for medical education in the country.

Repair potholes of the city in a week’s time: Bangar