The Congress party on Sunday released the first list of candidates for the Maharashtra Assembly election to be held on October 21. As many as 51 names have been announced by the Grand Old Party. Former State minister Nitin Raut will contest from Nagpur North Assembly constituency. The list also featured names of former chief minister Ashok Chavan, who will contest from Boker Assembly constituency, Pariniti Shinde from Solapur Central, Vishwajeet Patangrao Kadam from Palus-Kadegaon and Amit Vilasrao Deshmukh from Latur City. 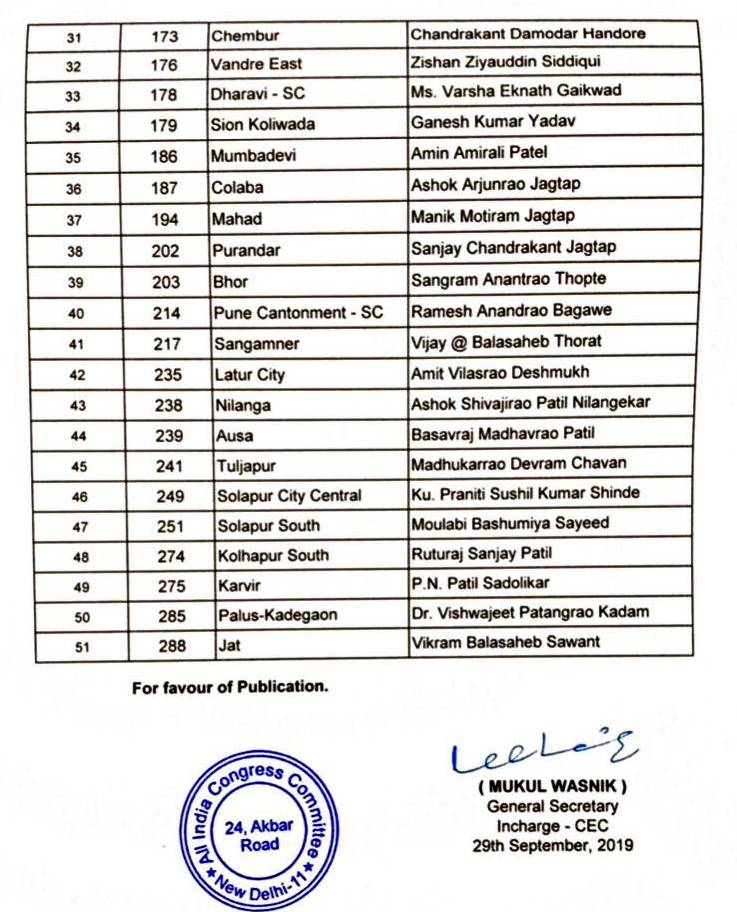