The Bharatiya Janata Party (BJP) has released its second candidates’ list for the upcoming Maharashtra assembly election. The second list of the party has been released for 14 assembly constituencies in Maharashtra.

The saffron party fielded Gopaldas Agrawal from Gondia. The BJP has so far released the names of its candidates on 139 assembly constituencies in Maharashtra. 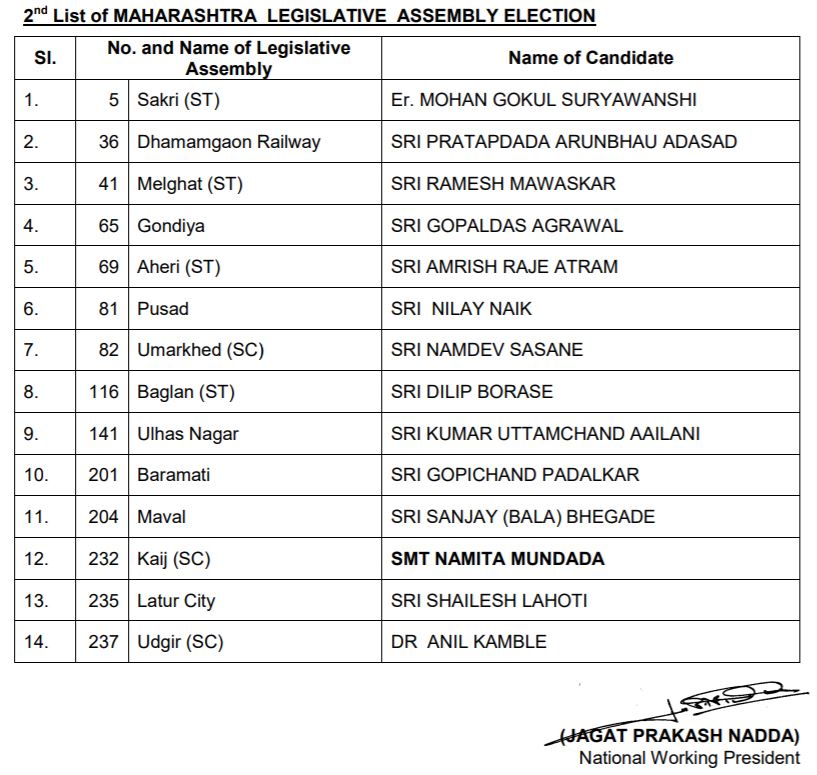