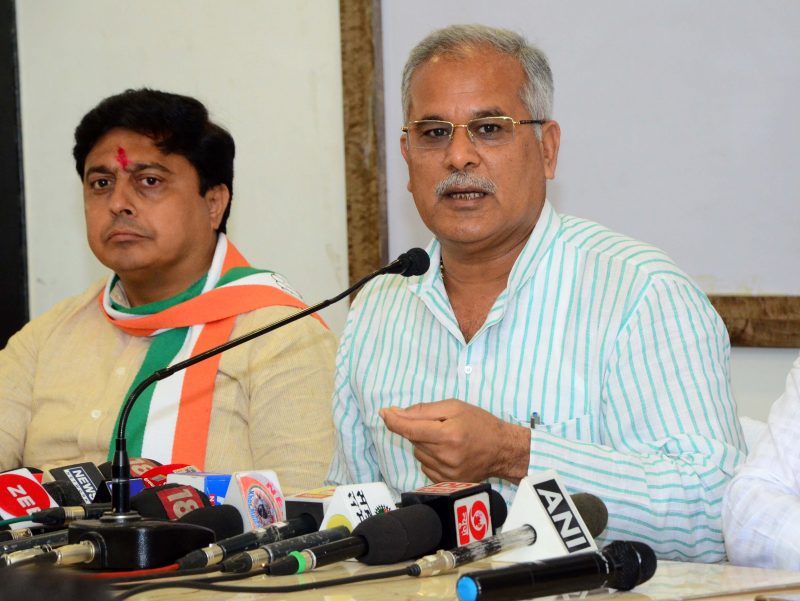 “if we take into note recently a loan of Rs Rs 1,76,051 crore  was given in corporate sector, but  they  didnot discuss about it. They have also  abrogated the Article 370,and the laws regarding Tripel Talaq. This is what they have been doing, it is unfair to change the law and system of any city overnight and make the city as a Union Territory”.He added.

“Party talks about helping farmers but the real scenario is that eight farmers are committing suicide daily. The economy is on a downfall, they have failed to create more job opportunities for the youth” he raised his concern.

“BJP is proud of Article 370 but have they made any inquiry on the Pulwama attack, on how such a big amount of RDX came to India and how our security agencies were unaware of it. We are still unaware about the people involved in the attack, BJP had the same attitude when demonetization was imposed in the country as they failed to figure out how much black money was deposited in the banks” he informed.

“We welcome BJP’s Gandhian thoughts and how the party is working on it, but I want to ask a question that is the party ready to demonstrate against Nathuram Godse? BJP RSS has the same thinking and there is no space for criticism, and if one does they are entitled as terrorist” he said.

Baghel even compared the thinking of BJP, RSS the same as Hitler. BJP even promised to provide support to farmers but have failed to give any support.

Speaking on the current economic condition of the nation,  Baghel said “Chhattisgarh is unaffected from the recession, we are seeing 11% rise in the automobile sector whereas in other parts of the country the scenario is different and there is a 19% downfall on the automobile sector. We have been working for the betterment of the city, we have also helped farmers, youths by giving different opportunities to them”.

“There is a big difference between Congress and BJP there was a time when the country was going through the recession  but Manmohan Singh helped in taking out the country from it through the MGNREGA scheme”.

This time in Assembly polls, we will see the rise of Congress in Maharashtra and Haryana.

“We had a meeting with the Home Minister recently and had discussed major points with them, being surrounded with many states we do not have Naxals but have Naxal ministers and once they are caught we will be free from the problem of Naxalism” he added.

Ahead of the polls, Bhupesh Baghel is in Nagpur to address the party workers at different gatherings where he raised a series of issues against the Bhartiya Janta Party.