They say Diwali brings a prosperous time, a feeling of happiness and a moment of joy in some rare family gatherings which happen during this festival. We celebrate, exchange a fruitful expectation and cheer up the time we are in. The sounds of crackers, the smell of sweet dishes are the main attractions of Diwali. All in all, we seek comfort and pleasure. But will that comfort last forever as we are taking it for granted, the smooth underlined rule is being countered, here we are disobeying the ancient law of nature. 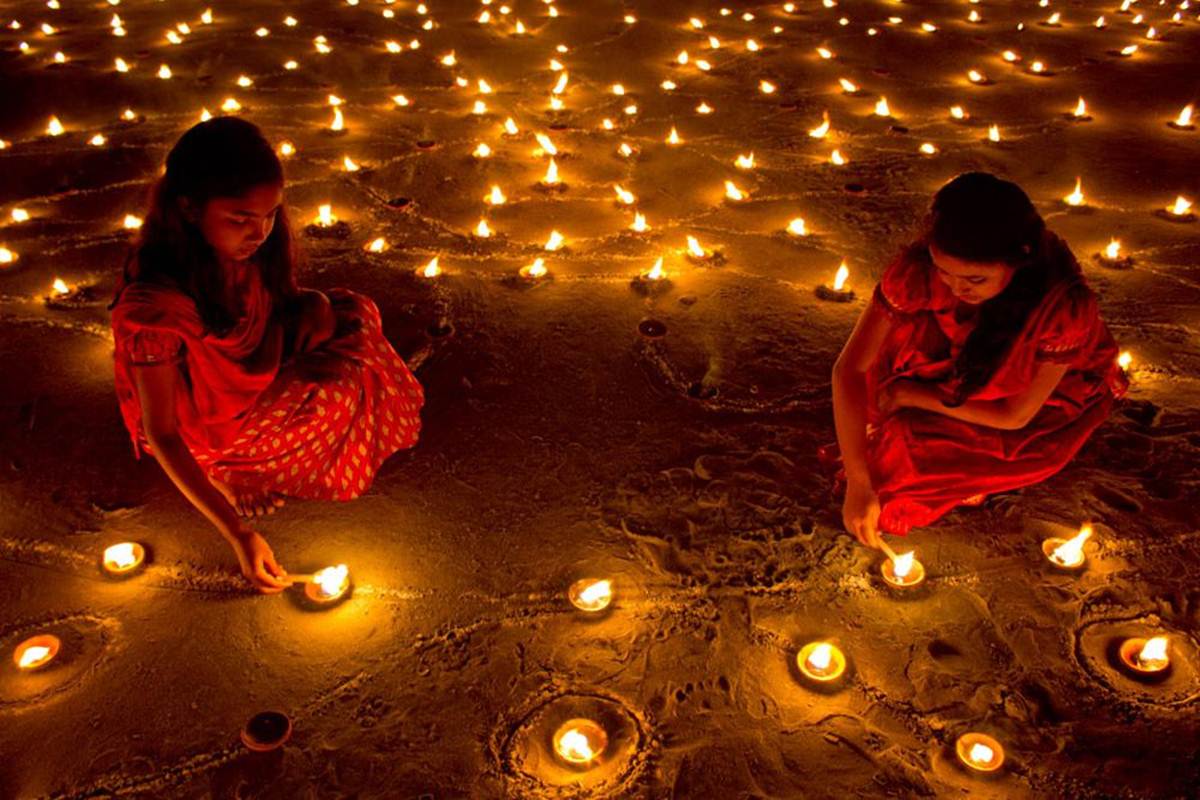 The recent geographical transformations which have occurred across the world indicate the reckless and irresponsible behavior of humans towards nature. The instances like the snowfall in the largest sand stretch in the world, Sahara Desert, a region where it has to be a hot atmosphere. Another phenomenon which had happened at Ethiopia, where the desert of Ethiopia is being torn apart into a rift forming a new ocean. The desert has opened up a 35-mile long rift in 2005 which might later form a new ocean according to an international collaboration of scientists.

Coming back to the Indian subcontinent, it has been exposed to heatwaves and continually increasing year by year. This warning was given back in 2016 after which the nation has been affected by heat waves mostly on the central and northwestern part of the region along with the eastern coast and Telangana as well. The national capital of India, Delhi has been degrading in the air quality index a lot faster than the expectations of its citizens. This region has been witnessing smog (a mixture of smoke and fog) for several years now and it is getting worse day by day. Last year during the Diwali festival, the government had banned the burning firecrackers in Delhi, still the citizens ignored it and burst lot many crackers and after which the scenario of Delhi was alarming. The smog got even denser, the highways became tough to drive on and even a car just a couple of meters away could not be seen. This resulted in many road accidents and the health problem of the people of Delhi got onto another problem, breathing problems, respiratory diseases all started happening in a flow.

This year the city of Nagpur saw a never seen before season of monsoon which came late but lasted too long. The season of Diwali must be during the winter season but even though half of the ten days festival is almost over there is no sign of a cold breeze and people haven’t taken out their winter wear instead are hiding under an umbrella. According to the Indian Meteorological Department (IMD) these rains are due to the cyclone formation named Kyarr happening at Bay of Bengal. These might also help having a pollution-free Diwali.

It is high time we should start working to amend our faults to keep a balance of nature.

These sounds of crackers might turn into a reason for us to sit hopelessly, a smell of ending will roam across world, all this comfort will be missed and this fruitful time, a gathering for the celebration will never come.

Sudden rain, yet Diwali was celebrated with enthusiasm in the city

‘Saand Ki Aankh’ gets a bulls-eye from critics