Work is underway to develop the Kasturchand Park, the historical capital of the sub-capital. According to the plans of Metro Rail and Nagpur Municipal Corporation, the park is being renovated. Walking track, bicycle track, food-street, open platform, landscaping, green gym, watercolor fountains, all means of entertainment will be made available in Kasturchand Park. In current situation, people cooking food inside the park premises can be seen and at the same time the artillery placed in the park for to glorify beauty of the park are used to dry clothes.

The park is being developed but no one is paying attention towards its maintenance. There was a time when this park was used for conducting sports activities; it was sometimes used for political events over time.

There have been speeches by many politicians at the park, including former Prime Minister Atal Bihari Bajpai, to present Prime Minister Narendra Modi. Apart from this, many grand demonstrations were held at the park, for which ponds were constructed at the park. Due to these reasons the condition of the park was deteriorating. But some conscious citizens paid attention to this, which led to the high court ordering the ban on public events in the park about three years ago. The beautification of the park is being done at a rapid pace. In the British period, the land was donated by Kasturchand Daga, hence the park has been named “Kasturchand Park”. 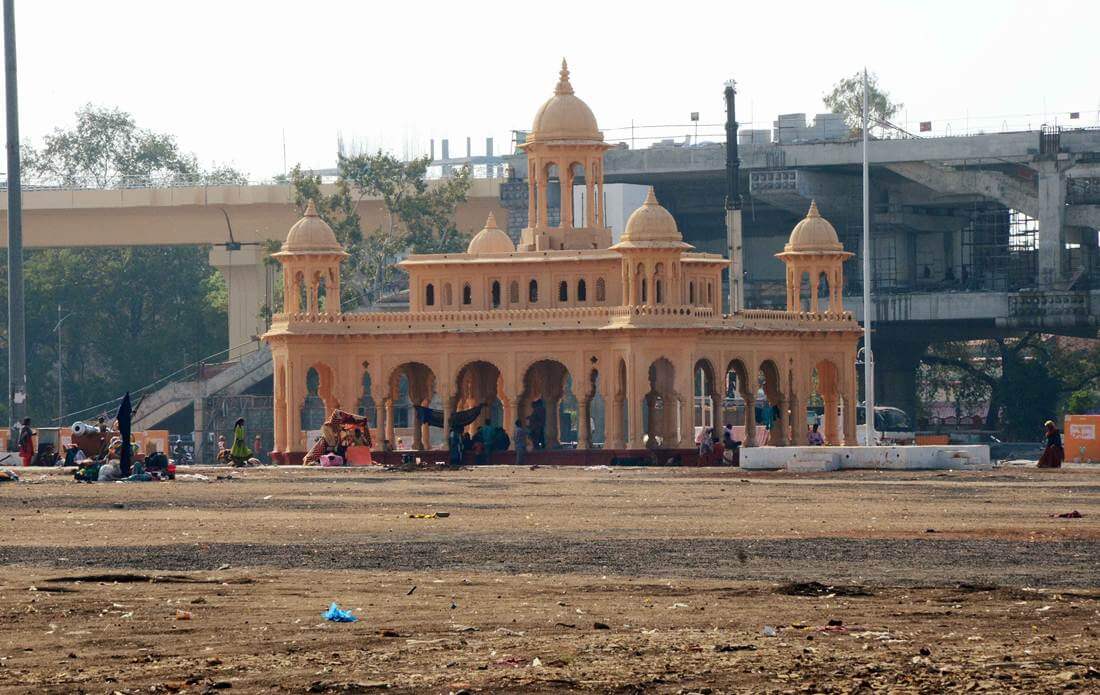