The project work on Central Avenue, which constitutes Reach-IV of the Metro Project, would be over by December 2020 and commercial services, after all the mandatory tests and trials are performed would start in March 2021, said Dr Brijesh Dixit, MD, Maha Metro, here on Thursday. He was speaking at the Metro Samwad event organised jointly by Unnati Foundation and Chhatra Jagruti. 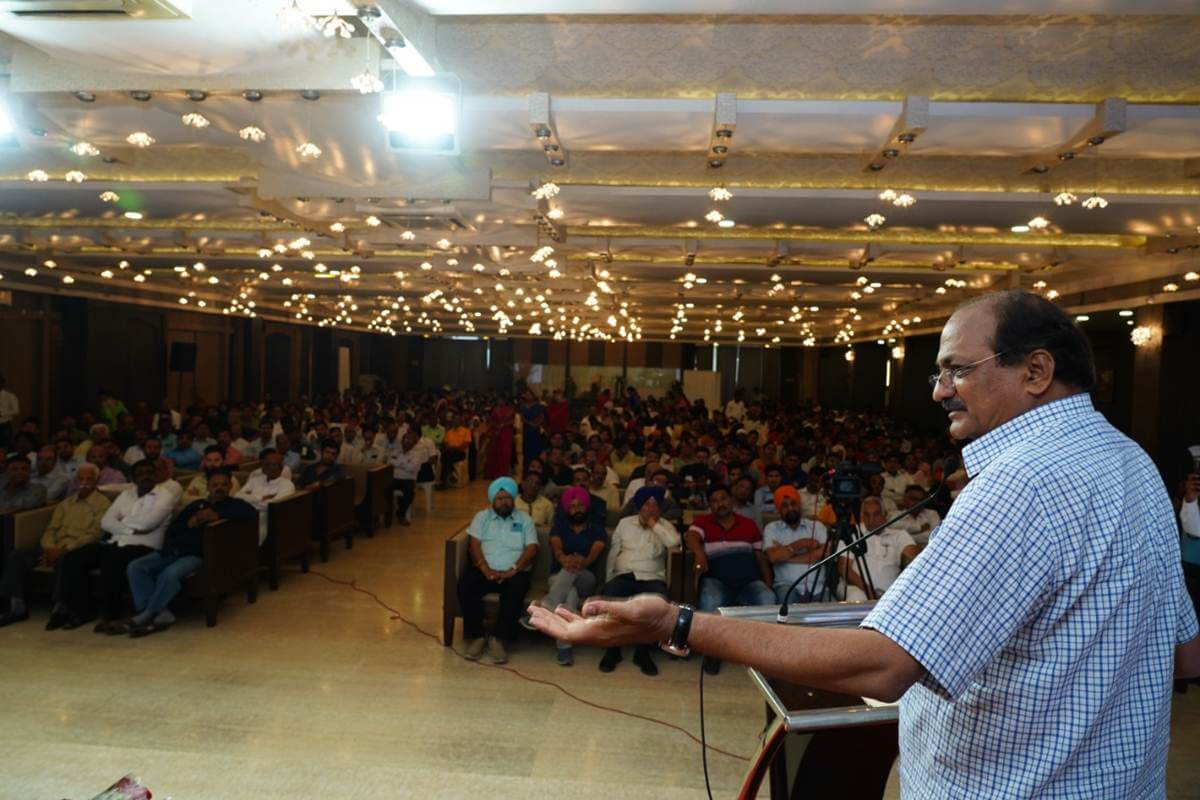 The event was held at Rajwada Palace, near Gandhi Sagar and was attended by members of various local trading bodies, representatives of local organizations, NGOs and students of local colleges.

Continuing his speech, Dr Dixit said that the task of executing Metro project on narrow roads with high traffic density like Central Avenue and Munje Square was a tough task. However mission could be accomplished because of the co-operation extended by citizens of Nagpur and local organizations.

Given the road traffic and multi-storeyed structures there, executing project work on Central Avenue was a difficult job. But it could be achieved easily because of help extended by the residents there, he said.

â€œWe took all precaution to avoid any untoward incident during execution of project work,â€™â€™ he said. Dr Dixit credited success of organization to entire Metro team. Metro employees and workers have worked day and night and even during festival days; sometimes at a height of 25 meters to meet the desired deadlines, he said. Maha Metro got co-operation not just from the citizens, but the elected representatives, the administration and even the government, he further said.

Speaking on the occasion, Ajay Sancheti, former Rajya Sabha member said that he has seen the positive changes that were incorporated in Railway during Dr Dixitâ€™s regime as Divisional Rail Manager (DRM) in Nagpur. Similarly, the Metro project work is being executed speedily, while maintaining quality of work, he said and greeted Dr Dixit and the entire Metro team for the same.

In his speech, Anees Ahmad, former Maharashtra minister said that city has attained global work standards under the leadership of Dr Dixit. Now, one can feel the experience of travelling in cities like Paris and London, he further said.

Addressing the gathering, noted academician Dr Babanrao Taywade, said, with execution of Metro project work, cityâ€™s name has been written in golden words. While work on the first phase is being completed, the same for the second phase would soon be started, he said.

Earlier, a detailed audio-visual presentation of the present project work and future plans was given to the audience by Mahesh Kumar, Director (Project), Maha Metro. Till now, 4.5 km of the total 8.50 km of track work has been executed on Central Avenue (which forms part of Reach-IV), he said in his presentation. Dr Dixit replied to various questions on the project work asked by people assembled there.

The president of Unnati Foundation Atul Kotecha delivered the introductory speech. Nishant Gandhi, secretary of Chhatra Jagruti gave welcome address, conducted the proceedings and also proposed vote of thanks. Anil Kokate, ED (Admin) and Arun Kumar, ED (Reach-IV) â€“ both Maha Metro, and members of various trading and business organizations were present on the occasion. Local organizations felicitated MD Dr Dixit on the occasion. All the dignitaries were presented with mementos.