Looking at the courage of brave soldiers of our country, the enemies on the battleground are seen scared. But in this war, soldiers of the country are often martyred while protecting mother India. 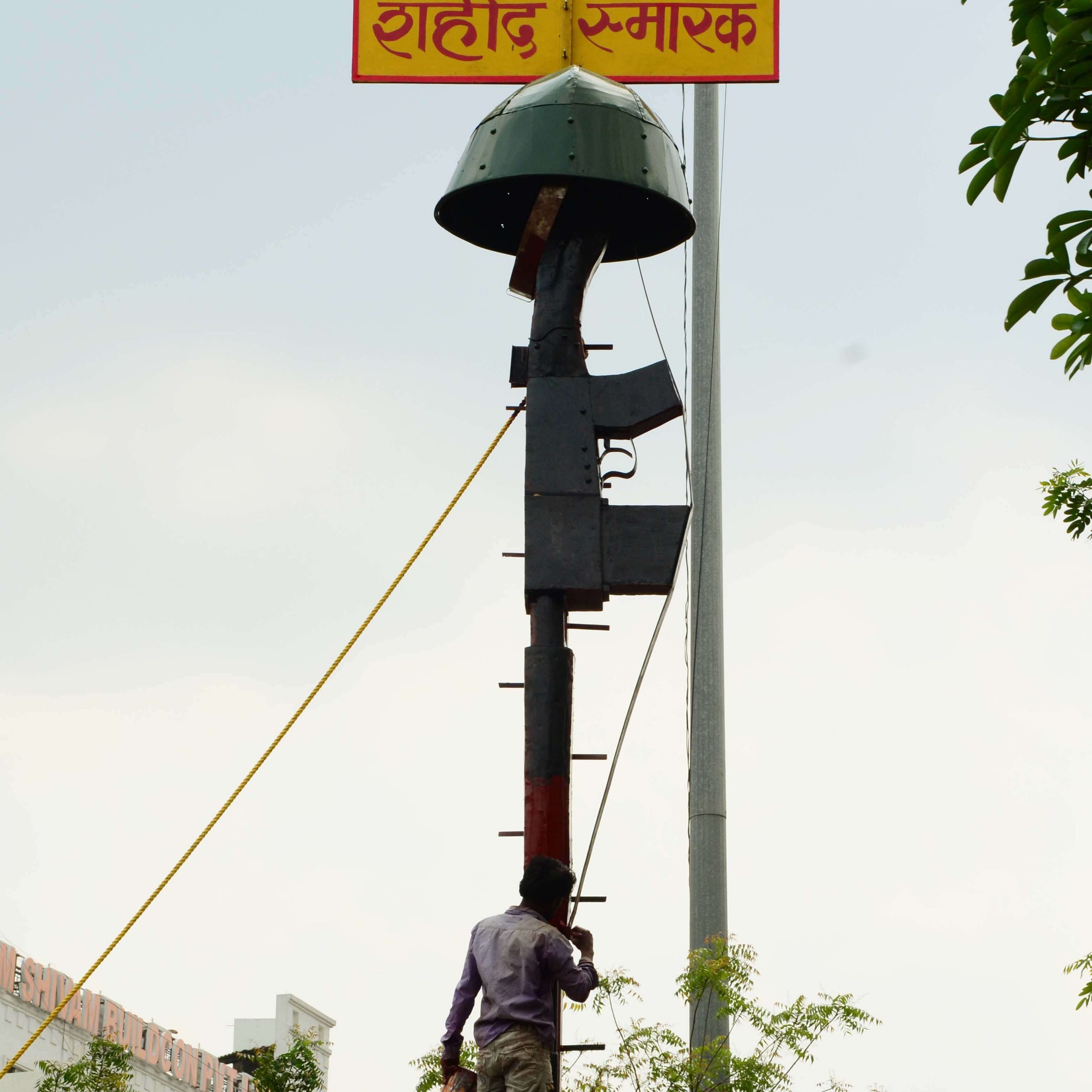 The “Amar Jawan Shaheed Smarak” is being finalized near the cannon, kept as a statue of war and the memory of former Prime Minister Rajiv Gandhi at Rajiv Chowk in Ajni.

This memorial, initiated by Major Hemant Zakate, pledged to private institutions to replicate the symbolic rifle in memory of the country’s martyrs. The replica of a rifle which will be placed on a platform about 13 feet in height reminds us of the courage, strength of the brave soldiers and the sacrifice of the martyrs.

Major Hemant Zakate and Sulabha Zakate had earlier also renovated the Shahid Chowk of Cotton Market with the amount of pension coming every month.