Former Chief Miniter of Chhatisgarh Ajit Jogi died at 74 on Friday. He was the first chief minister of Chhattisgarh after the formation of the state. 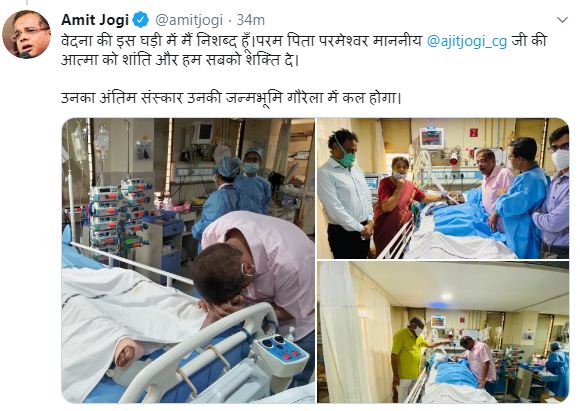 Jogi, a bureaucrat-turned-politician, suffered a cardiac arrest earlier this month on May 9 and had been undergoing treatment at a private hospital in Raipur since suffering a cardiac arrest. He was in a comatose state until the time of his death.

He was an MLA from Marwahi seat and helmed the first Congress government from November 2000 to November 2003.
He is survived by his wife Renu Jogi, MLA from Kota, and son Amit Jogi.