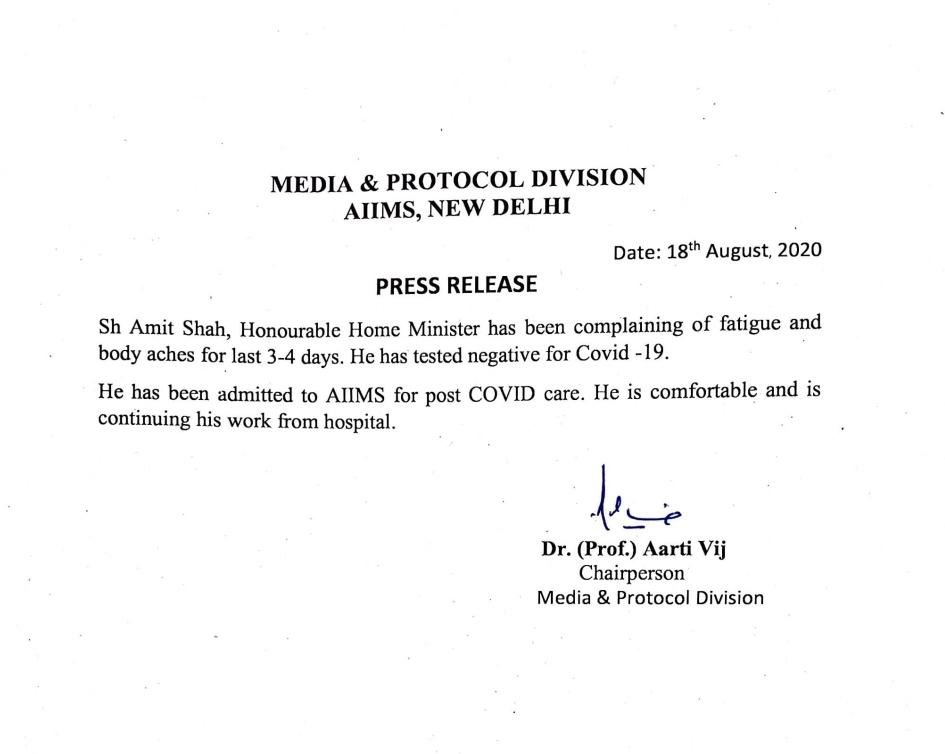 He is comfortable and is continuing his work from the hospital,” AIIMS media and protocol division chairperson Dr Aarti Vij said in the statement.
Shah was discharged from the private hospital Medanta in Gurgaon last week after testing negative for COVID-19. He had tweeted on August 14 he would be in-home isolation for a few more days on the advice of his doctors. A day later he was seen taking part in Independence Day celebrations and hoisting the national flag at his official residence.

Auto industry continues to suffer due to pandemic