Dipen Agrawal, President of Chamber of Association of Maharashtra Industry &amp; Trade (CAMIT) informed that the traders from all APMC markets across the state remained closed today, the August 25, 2020 in support of their demand to abolish mandi-cess in APMC markets.

CAMIT has been representing state government since long to abolish the mandi- cess of 1% applicable on farm producedtraded in APMC Markets. After Government of India promulgated the Farmers’ Produce Trade and Commerce (Promotion and Facilitation) Ordinance, 2020 in June this year exempting to trade of farmers’ produce outside the APMC markets from mandi-cess, the demand to abolish mandi- cess from APMC markets was stepped up by us. We represented at all levels of government and before all forums to abolish the cess to give level playing field to APMC traders. However, receiving no response/assurance from administration or government to abolish mandi-cess, traders of APMC markets in the state level zoom meeting organised by CAMIT resolved to go for one day token bandh to make our voice heard by government. 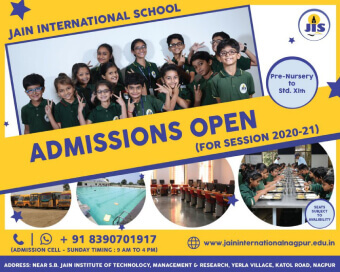 Dipen Agrawal and Mohan Gurnani of CAMIT has once again appealed to NCP Chief, Sharad Pawar, and Chief Minister, Uddhav Thackeray to abolish mandi-cess to remove the trade barrier inadvertently created for APMC traders in post Farm
Produce Ordinance promulgated by Union Government. They also expressed their gratitude towards the traders of all APMC market of the state for the successful one day token bandh.