Maharashtra Government extends lockdown in the state till October 31 while allowing the phase-wise opening of certain activities in the state under ‘Mission Begin Again’. 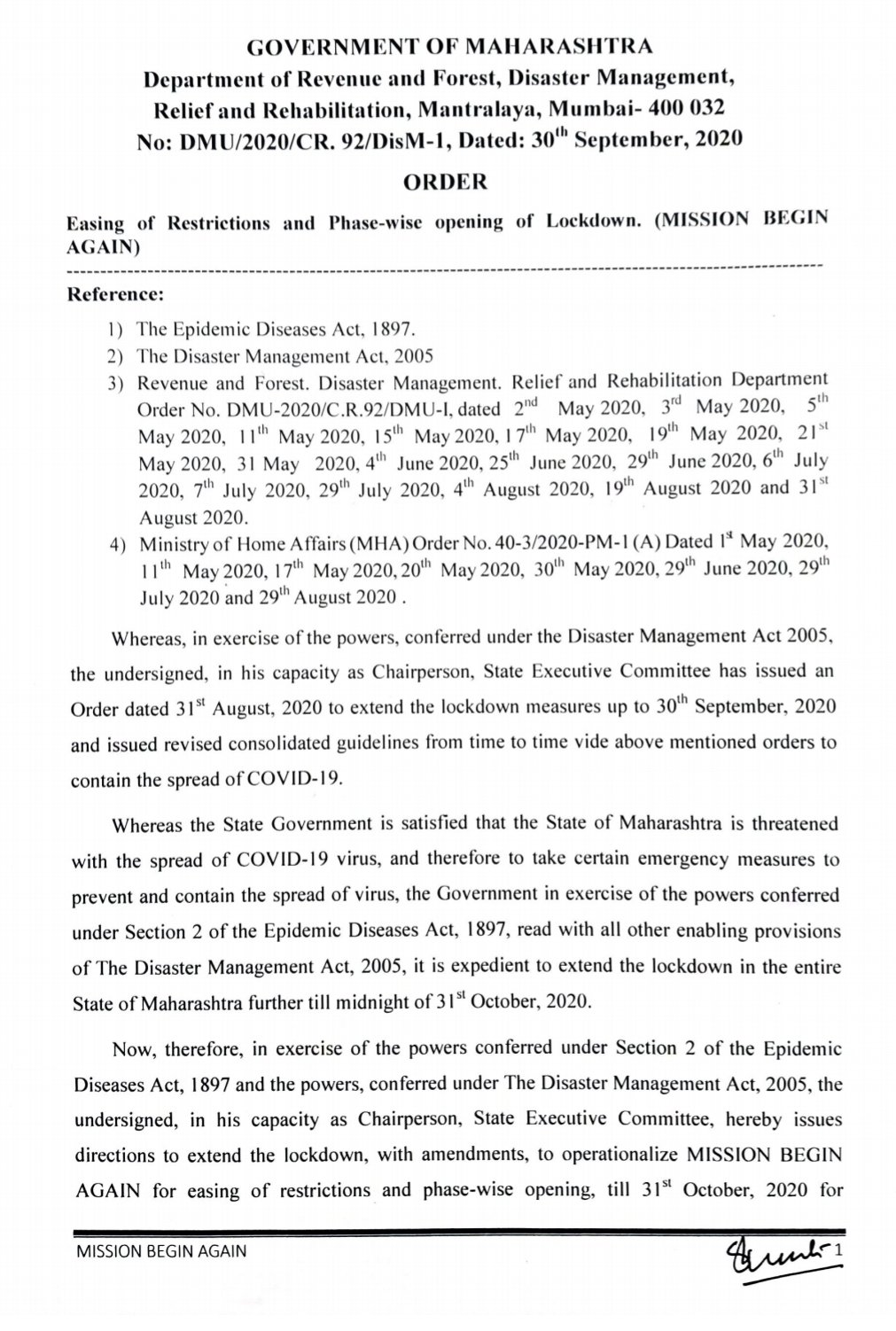 According to the guidelines under unlock 5 Hotels / Food Courts / Restaurants and Bars will be allowed to operate with effect from 5 October, 2020 with capacity not exceeding 50% or as may be prescribed by the local authorities. SOP for the same will issued by Tourism Department.

Activities restricted during Unlock 5 across the state

All essential shops which are allowed to remain open before this order shall continue to do so.

Following activities to be allowed

Easing of Restrictions and opening up of the activities which remain prohibited across the State will be done in phased manner along with Standard Operating Procedures / Guidelines.