The Men in Blue will be wearing the new ‘retro’ jerseys in the upcoming test series against Australia. They will be wearing it in all the 6 limited-overs matches (3 T20Is and 3 ODIs).

Left-handed opening batsman Shikhar Dhawan on Tuesday shared a glimpse of the new jersey which they will be wearing. 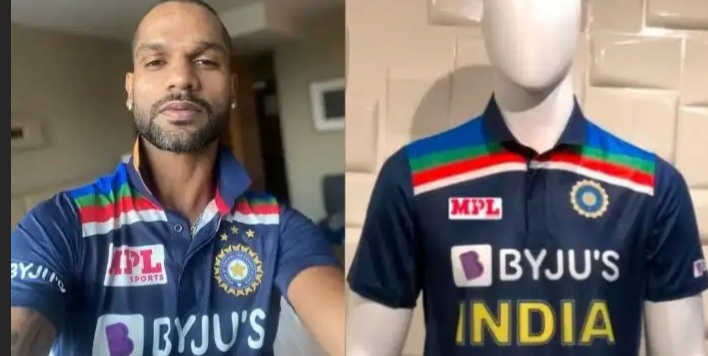 “New jersey, renewed motivation. Ready to go,” wrote Dhawan alongwith a picture of himself sporting the jersey on his social media handles.

The ‘retro’ theme shirt, inspired by the 70s, has a navy blue shade, a shift from the conventional sky blue colour that the team has been wearing in recent years. It also has the name of BCCI’s new kit sponsors — MPL Sports, the athleisure wear and sports merchandise brand from esports platform Mobile Premier League.

The Australian team will also be wearing an indigenous jersey for the upcoming three-match T20I series against India beginning December 4, after the completion of three-match ODI series.

India’s tour of Australia will begin with the 1st ODI in Sydney on November 27. They will play the second ODI at the same venue two days later before moving to Canberra to play the final ODI and the first T20I on December 2 and 4 respectively