Indian Air Force has asked the makers of AK vs AK starring Anil Kapoor and Anurag Kashyap to withdraw the scenes where Kapoor can be seen wearing the IAF uniform. 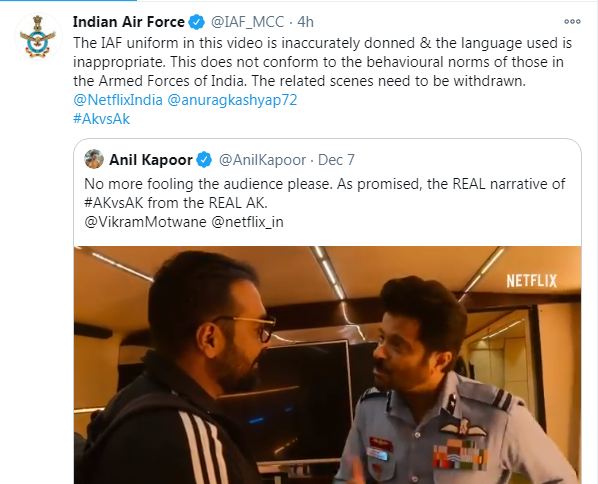 “The IAF uniform in this video is inaccurately donned & the language used is inappropriate. This does not conform to the behavioural norms of those in the Armed Forces of India. The related scenes need to be withdrawn” IAF tweeted.

The representational image as carried by the film depicts a deteriorated and degraded standard of the IAF.

Vikramaditya Motwane’s film is a Netflix release that revolves around the rivalry of Kapoor and Kashyap.

Social Media influencers will now have to pay...