On the eve of ‘Christmas Day’, a CRPF band played a band at Sitabuldi Interchange Metro Station on the eve of Christmas Day. 5 in the evening. The event was organized by Maha Metro and CRPF from 12 am to 8:00 p.m. The troupe consisted of CRPF jawans in which they performed patriotic instruments. Passengers in the station area enjoyed this exciting event. 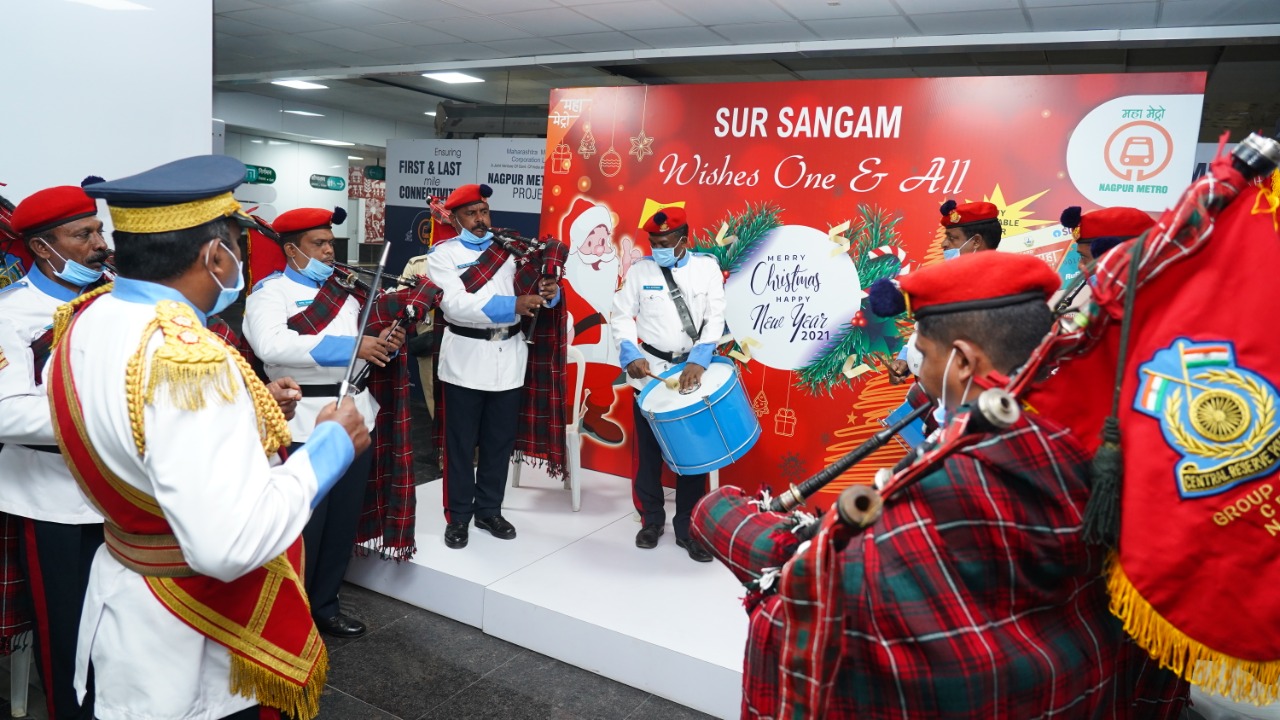 Last week, the Deputy Inspector General of Police of the Central Reserve Police Force, Prashant Jambhulkar along with his colleagues traveled by Metro from Lokmanya Nagar Metro Station to Sitabardi Interchange on the Aqua Line of Maha Metro.

The journey of Nagpur Metro is convenient, comfortable and safe and the people of Nagpur as well as the soldiers and their families residing at CRPF should use the Metro service. Very good facilities are available to the citizens of the city today in the form of Metro and a large number of citizens should use the Metro, appealed Jambhulkar. Also, CRPF has set up a wall of frame at Lokmanya Nagar Metro Station to encourage the citizens to use the information and Metro service as well as to make them aware of the sacrifices of the martyred jawans of Nagpur and the state. 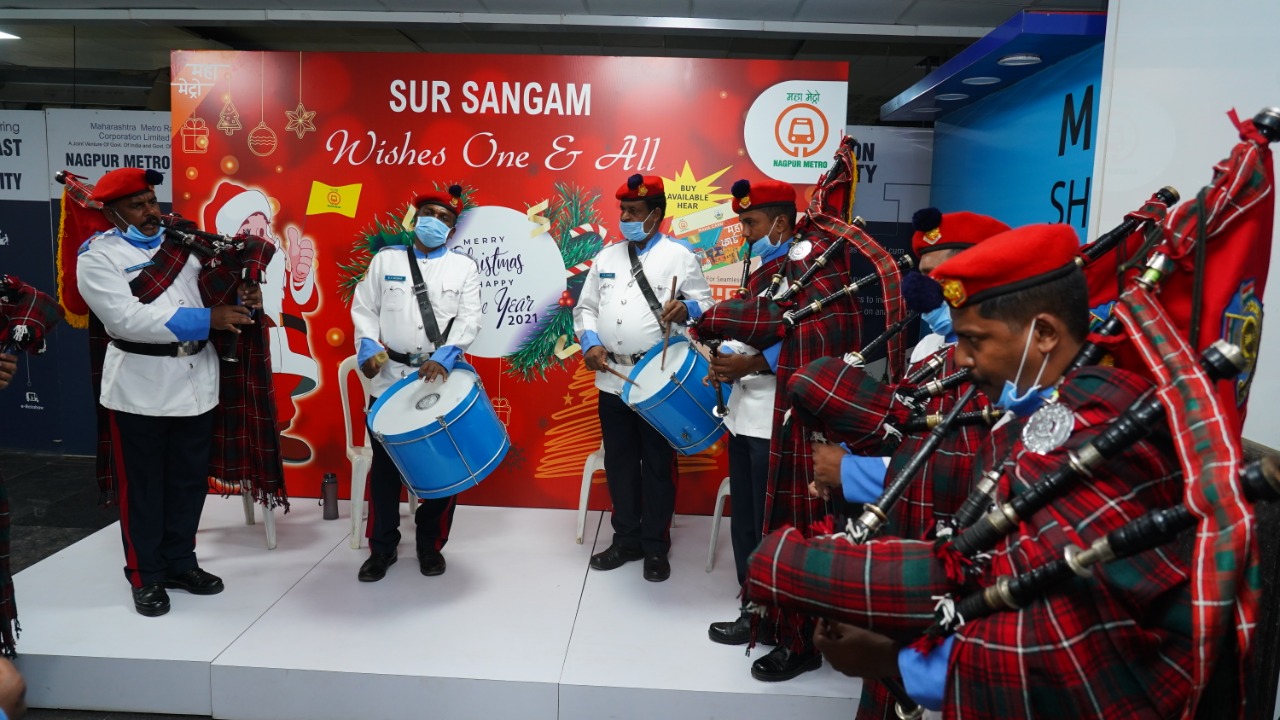 The event was organized on the occasion of Republic Day, Independence Day and other important days. Maha Metro had earlier organized a similar event at the Band Stand at Sitabardi Interchange, where newcomers performed.