New Delhi: President Ram Nath Kovind on Wednesday paid homage to Mahatma Gandhi on his 150th birth anniversary and termed him as the “guiding light’ for India whose messages continue to hold relevance not only for India but for the whole world. “Homage to Bapu on Gandhi Jayanti. 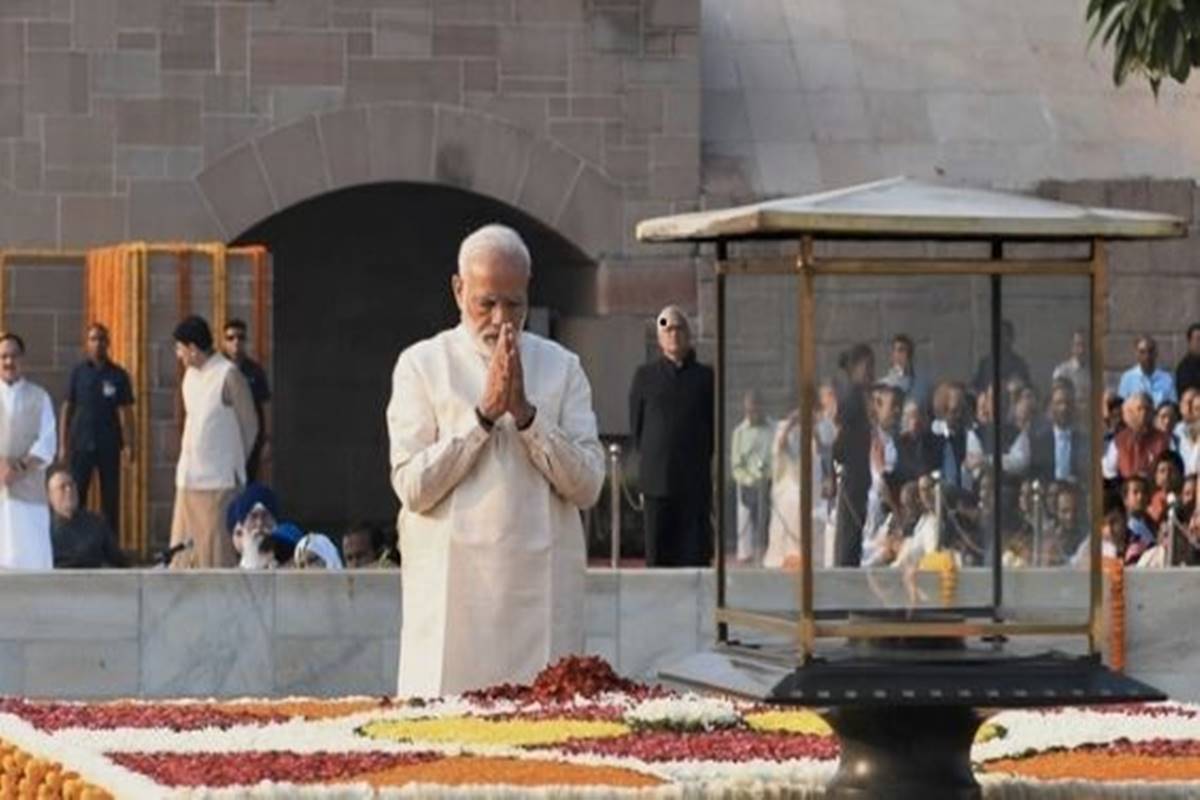 The 150th birth anniversary of Mahatma Gandhi is an occasion for all of us to rededicate ourselves to the values of truth, non-violence, harmony, morality and simplicity. His message remains relevant for all and he continues to be our guiding light,” the President’s tweet read. Kovind also paid floral tributes at Raj Ghat to the leader who is fondly known as ‘Bapu’.

On Tuesday, the President in his message to the nation said that people of India have paid homage to the father of the nation up taking up his Swachh Bharat Mission as a movement. He also said “Gandhiji is a global icon revered across continents. United Nations has marked Gandhi Jayanti as ‘The International Day of Non-Violence’. Gandhian values and many of his methods remain relevant not only for India but for the entire world.”

Earlier today, Prime Minister Narendra Modi led the country in offering tributes to the great leader and thanked him for his “everlasting contribution to humanity”.

“I bow in front of the Father of the Nation Mahatma Gandhi on his 150th birth-anniversary! Tributes to beloved Bapu! On Gandhi 150, we express gratitude to Mahatma Gandhi for his everlasting contribution to humanity. We pledge to continue working hard to realise his dreams and create a better planet,” Modi’s tweet read.

The Prime Minister’s tweet also had a video embedded in it which highlighted the contribution of the Mahatma and the seven important messages given by him.