In a surprise development, Bollywood actor Mithun Chakraborty today met Rashtriya Swayamsevak Sangh chief Mohan Bhagwat and other senior functionaries of the saffron organisation, at their headquarters in Mahal, in Eastern party of city.

Chakraborty spent an hour at the RSS headquarters and later visited the Reshimbagh complex of the RSS and paid tributes at the memorial of RSS founder Keshav Baliram Hedgewar. He was accompanied by Prasad Mahankar, Vidarbha Pracharak of the organisation, the sources said. 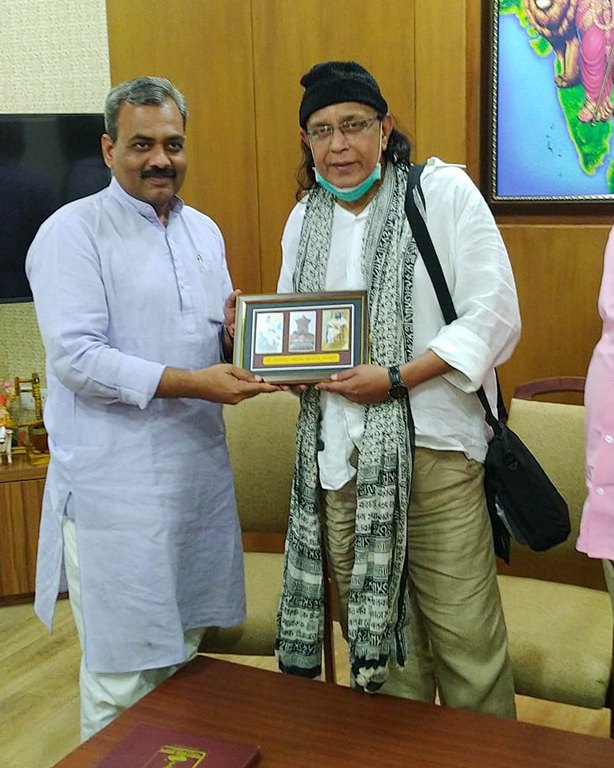 Sources said When Mamata Banerjee led TMC came to power in Bengal, he joined the TMC. He was later nominated as Rajya Sabha member in 2014 but resigned from the membership of Rajya Sabha within two years, citing health issues.

What transpired between Bhagwat and Chakraborty could not be known, immediately  “It was a courtesy visit,” claims Mahankar.

The Clown Prince of Crime is back