During the ongoing digging process in Kasturchand park ground, six artilleries have unearthed on Thursday, October 17. The artilleries which were found include four large and two small cannons, along with two base plates of the small cannons. The size of the two artillery measures around 10 feet and two cannons of 9 feet which are considered to be the large cannons.

At the excavation site, the two small cannons were also found separated from their base plates which are considered to be broken at the time of the battle. The similar cannons were already found at the same place inside Kasturchand park ground and are said to be of the same era. These cannons have been put up as a memory of the historical era of Nagpur city on the ground itself. 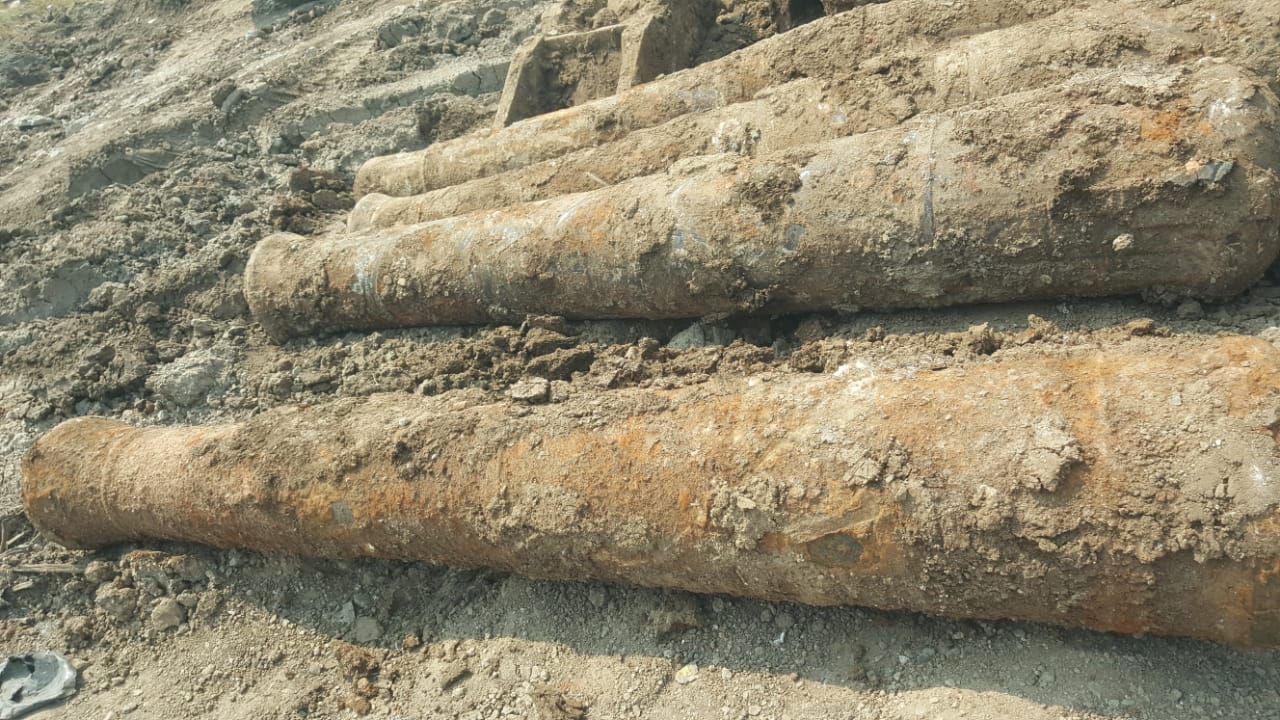 According to the architect, Ashok Mokha who is working on the beautification plan of the ground, the cannons were found on the east side of the Kasturchand Park Ground while digging. The cannons were discovered four feet deep inside the ground.

These cannons are being considered to be of the British era and are said to be manufactured by the East India Company (EIC). Muduji Bhosle who is a descendant of Raje Bhosle, while talking to TLN said, the present Kasturchand Park was the battleground in the British era and hence there are possibilities of having 10 to 15 more cannons deep inside the ground at this same place.

“In life, education may have a comma, but not full stop” says IGNOU Students at “Successful Alumni Meet