New Delhi : As women across the country are observing fast for Karva Chauth, netizens have come up with humorous memes and jokes which will just tickle your funny bone. Apart from the celebrity, fasting memes are just taking over on social media. 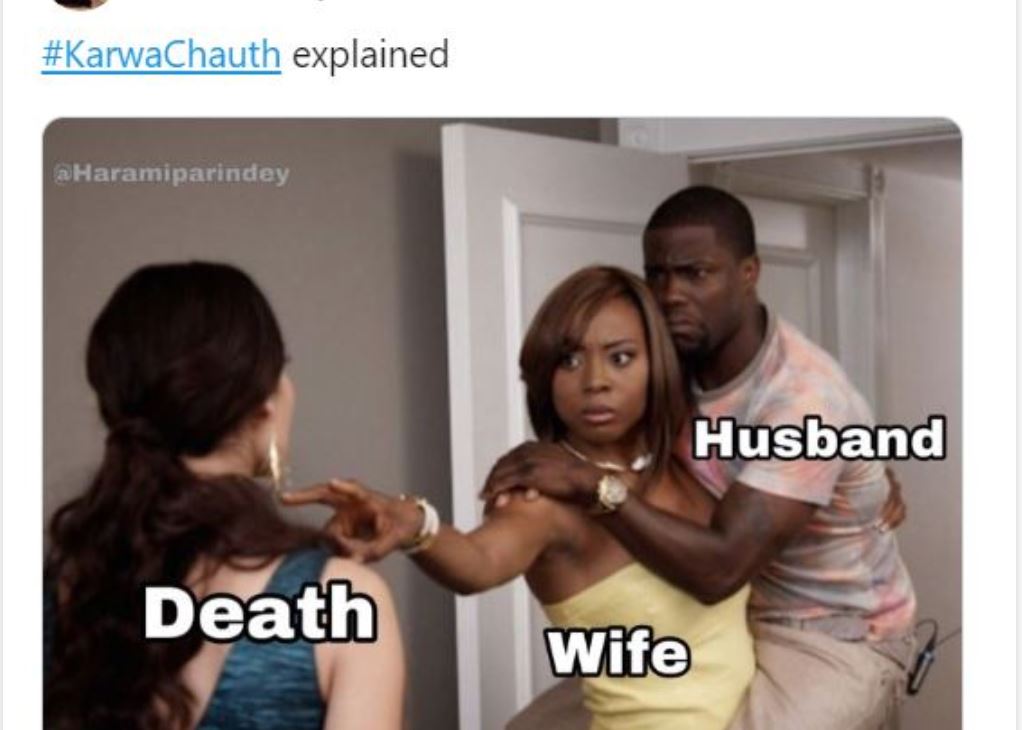 Topping the list with its punch line, one of the users shared a funny meme where Indian wives saying to their husbands on the day of Karwa Chauth along with the still of veteran actor from the film ‘Nayak’ which reads, ‘Banoge ek din ke CM.’

While the second user continued the tweet and shared another still of the legendary actor from the same film which read ‘Kaat Daalunga Tujhe,” to describe the situation of Indian wives after Karwa Chauth.

The third user explained the story of Karva Chauth with a hilarious meme. “Karwa Chauth explained,” he chimed.

Another user shared two pictures while describing the condition of Indian married men on the day of Karwa Chauth and during normal days.

In one of the picture, a scared cat can be seen hiding under a newspaper while in the second, a brave lion can be seen roaring angrily.

One of the users shared a meme where a cricket player pretends to get fainted on the pitch and described it as ‘#KarwaChauth Modern girls after 2 hours of fast.’

The day starts early before dawn with prayers and a light meal offered by the woman’s mother-in-law in the form of Sargi. Following this, women keep a day-long fast which they only break after worshipping the moon god. (ANI)