The first day of the five-day-long Diwali festivities is called the Dhantrayodashi or Dhanteras. It is believed that on this day, the Goddess of Wealth Lakshmi, had emerged from the ocean during the churning of milk. Hence, Lakshmi and Kubera — the God of Wealth — are worshipped on this day. It is also to be noted that Lakshmi puja on amavasya — two days after Dhantrayodashi — is considered more significant. 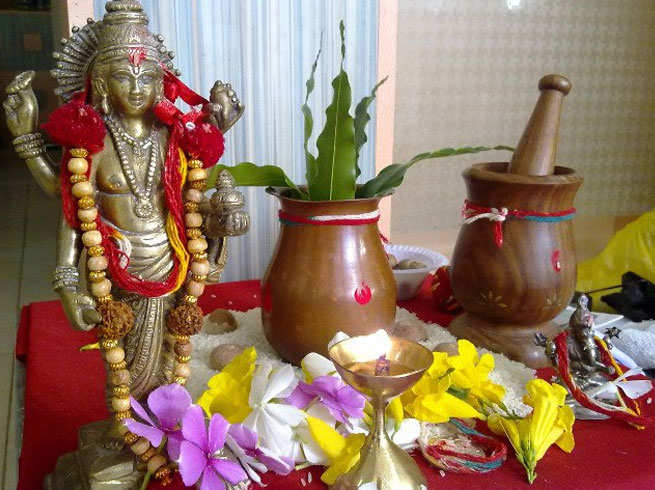 Dhanteras officially marks the beginning of the auspicious and festive Diwali season and this year it will be celebrated on October 25, 2019. Considered to be very pious by Hindus, Dhanteras, as the name suggests means money and teras meants thirteenth day of Krishna paksh of the Kartik maas. It is considered to be a very holy day to make any kind of gold or silver purchase, including household utensils, which ensures that worshippers are blessed with happiness and prosperity all throughout the year.

The day is celebrated to mark the arrival of God Danvantri from Samudra Manthan. It is said that Danvantri came down with a kalash in his hand, which contained the holy Amrit manthan which was distributed among Devi-Devtaas. People also seek blessings from Lord Kuber, who is considered to be the idol of wealth and money.

Dhanteras puja muhurat is between 07.08 pm and 08.16 pm. Lakshmi puja on Dhanteras or Dhantrayodashi should be done during pradosh kaal which starts after sunset and approximately lasts for two hours and 24 minutes, says the Panchang. It is believed that during this time, the sthir lagna prevails, which means the time is auspicious and the Goddess is likely to stay in your house.

Diwali: MSRTC to run 22 additional buses between Nagpur and Pune