The trailer collides with a divider between the lanes; obstructs traffic

A trailer truck (no. MH FC – 0870) lost control and struck a divider at Mangalmurti square which falls under Pratap Nagar Police Station. It is reported that the incident took place in the wee hours of Friday.

Fortunately no casualties were reported as at the time of the accident the traffic was light and the trailer somehow survived a major accident. 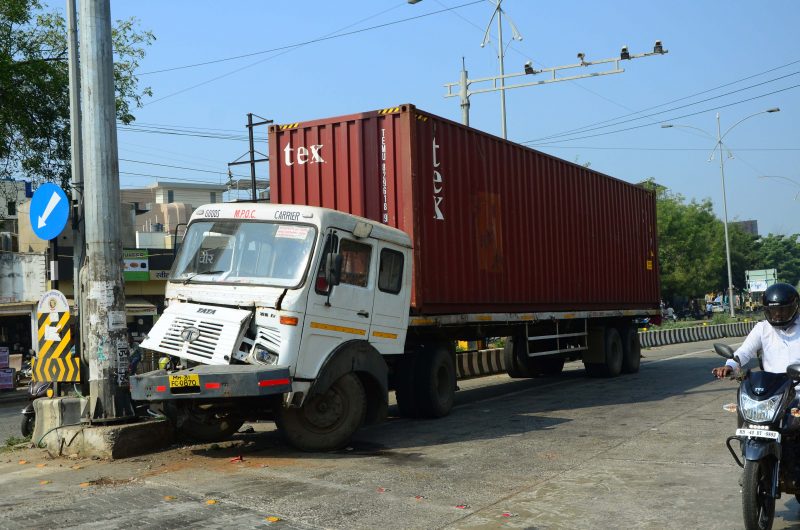 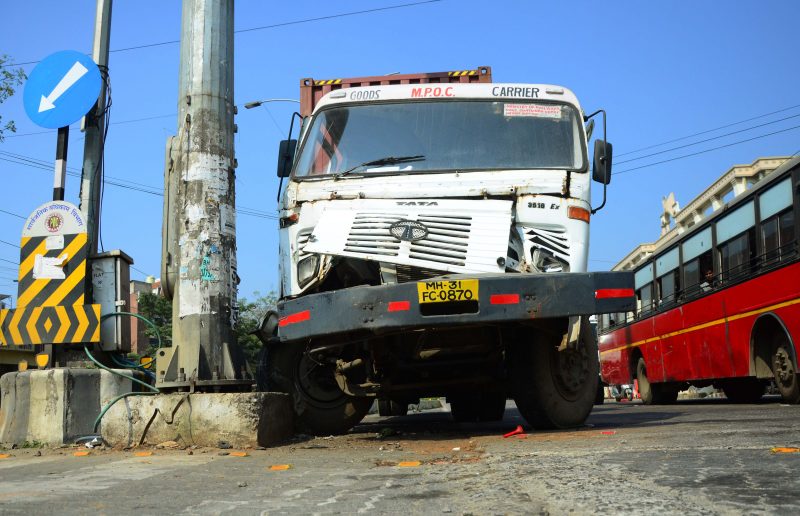 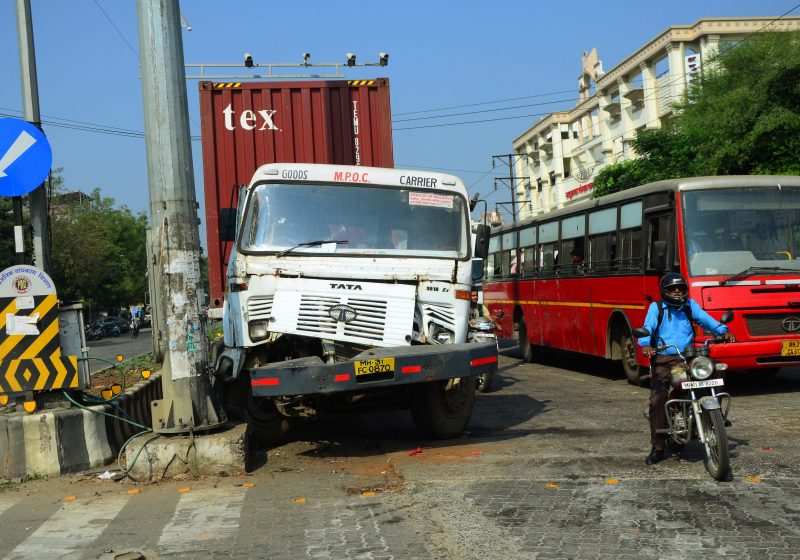 As per information received, Trailer was going from Hingna Road towards Wardha Road, when the trailer’s brake failed and lost control. It’s been 24 hours now that the trailer is still stuck on the roadside in the same condition, causing traffic chaos.