Even as services of Maha Metro Aqua Line have been started, Maha Metro has achieved yet another milestone. Maha Metro has earned Train Wrapping Advertisement Rights of Bank of Maharashtra. The entire train has been wrapped displaying content issued by the Bank.

Train wrapping a global innovation for earning recurring and sustainable non-fare box revenue: Maha Metro at even this early stage stands to gain ₹ 1 lac per month from Bank of Maharashtra through this arrangement. The agreement is valid for a period of 12 months. One train – of three coaches is wrapped with advertisement material, which showcases different activities of Bank of Maharashtra. The train wrapping expenses amounting to ₹ 4.95 lac have also been borne by Bank of Maharashtra.

This is a major initiative on part of Maha Metro in the field of Non-Fare Revenue Box Concept. It is important to note that Nagpur Metro has an ambitious target to get more than 50% of its total revenues from non- fair box. The Bank of Maharashtra agreement, valid for a year is just beginning of the journey and is initially valid for a period of one year. One train – of three coaches is wrapped under the agreement with advertisement material, which showcases different activities of Bank of Maharashtra. 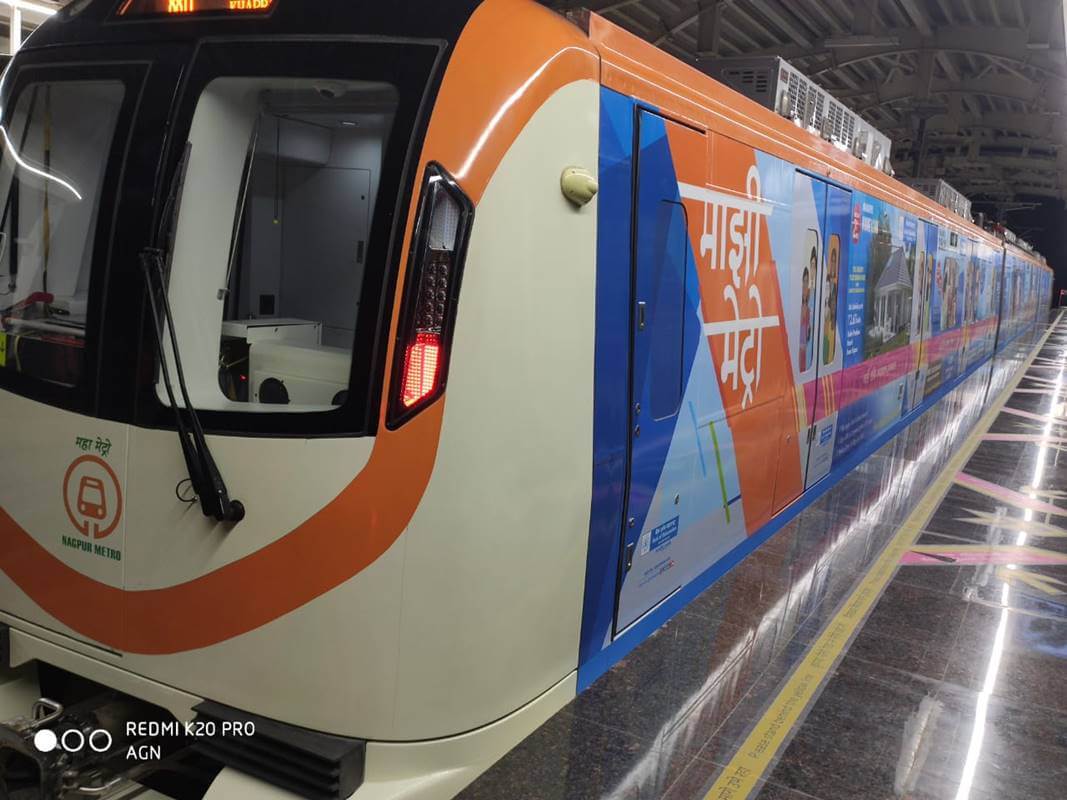 It is worth mentioning that Maha Metro has always focussed on Non-Fare Box Revenue through Stamp Duty, TOD Policy, PD and Station Semi-Naming Rights. In fact, even before the project was inaugurated and commercial operations were launched on 7th March 2019, Maha Metro had earned ₹ 150 crore. Thus, considering the future need for generating revenue from other sources, Maha Metro has already not just planned but has also started executing plans as per the requirement.