Western Coalfields Limited, a Subsidiary of Coal India Ltd., is forging ahead on its goal to energise the nation by continuing its coal mining activity despite the threat of Corona Virus (COVID19). Its dedicated & brave employees are working 24 x 7 in both Underground & Opencast coal mines to produce & despatch enough coal to its linked Power Plants so that there should be no disruption in Power supply in the country at present necessary to combat the menace of COVID19.

Coal Mining activity & its transportation has been declared as Essential Service during the Lockdown due to COVID19 outbreak. In line with other Essential Services & without affecting their morale under the present crisis, Team WCL, with its 42000 Karmvir employees has registered highest ever single day coal production of 4.29 lakh tonnes on 27th March 2020. The last highest production registered by the Company was 4.02 lakh tonnes on 30th March 2019. WCL already broke its earlier record on 20th March by surpassing 53.18 Million Tonnes produced during 2018-19.Â  The Company is now heading to surpass its annual target of 56 Million Tonnes for 2019-20 by a comfortable margin.Â  WCL also surpassed its annual target of 2018-19 by registering a growth of over 15%. 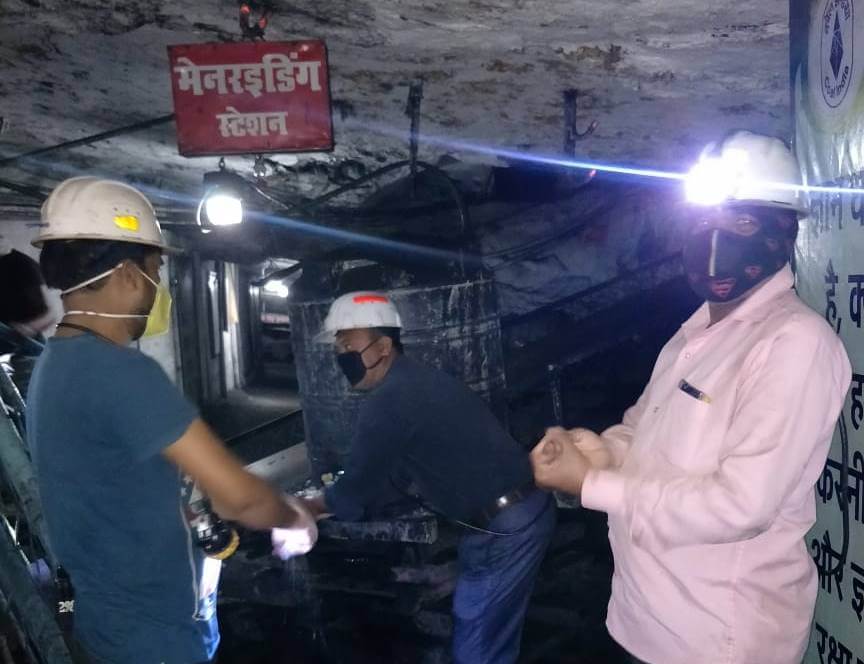 WCL supplies 80% of its production to Power Plants located in Central, Western & Southern India. Major consumer being State Gencos of Maharashtra (MAHAGENCO) followed by MP, Gujarat, Karnataka & Haryana. Other consumers are NTPC & other Pvt. Power Plants of the region. WCL has been able to maintain sufficient coal stock at the above plants & continues to do so by dispatching more than 1.5 lakh tonnes of coal per day by Rail & Road mode during the present crisis also so that the nation continues to be energised.

WCL operates 55 mines in 10 Areas spread over States of Maharashtra & MP. In order to provide safe workplace to its employees during the threat of COVID19, all the Areas are working hard to make available all precautionary measures required for safety of workers. Around 25,000 Masks have been provided to the employees & further 10000 to be distributed shortly. Over 10000 Hand-kerchief or Scarf have also been provided.Â  Facility of hand wash has been made available in each mine & distancing system between two employees wherever possible has been introduced. Sanitization of big & small mining equipment used by operators is also being done.

WCL, as a responsible PSU in the region, has also made provision of 75 Beds in its 10 different Area Hospitals in both Maharashtra & MP for use of quarantine of suspected Corona cases. Doctors, Nurses & Para-Medical Staffs have been put on alert to deal any eventuality. Task Force at HQ & each Area level comprising of senior officers have been formed to educate employees & monitor all required activity in their concerned Area essential to combat COVID19.

Yellow alert issued for all 11 ditts of...