As they world is busy fighting a war against the virus and keeping everyone safe. National Testing Agency (NTA) on Thursday issued a notification for the students appearing for JEE (Main) this year giving them a further scope to make corrections in the application forms and to include the choice of cities for centers and submit the application forms till April 14. 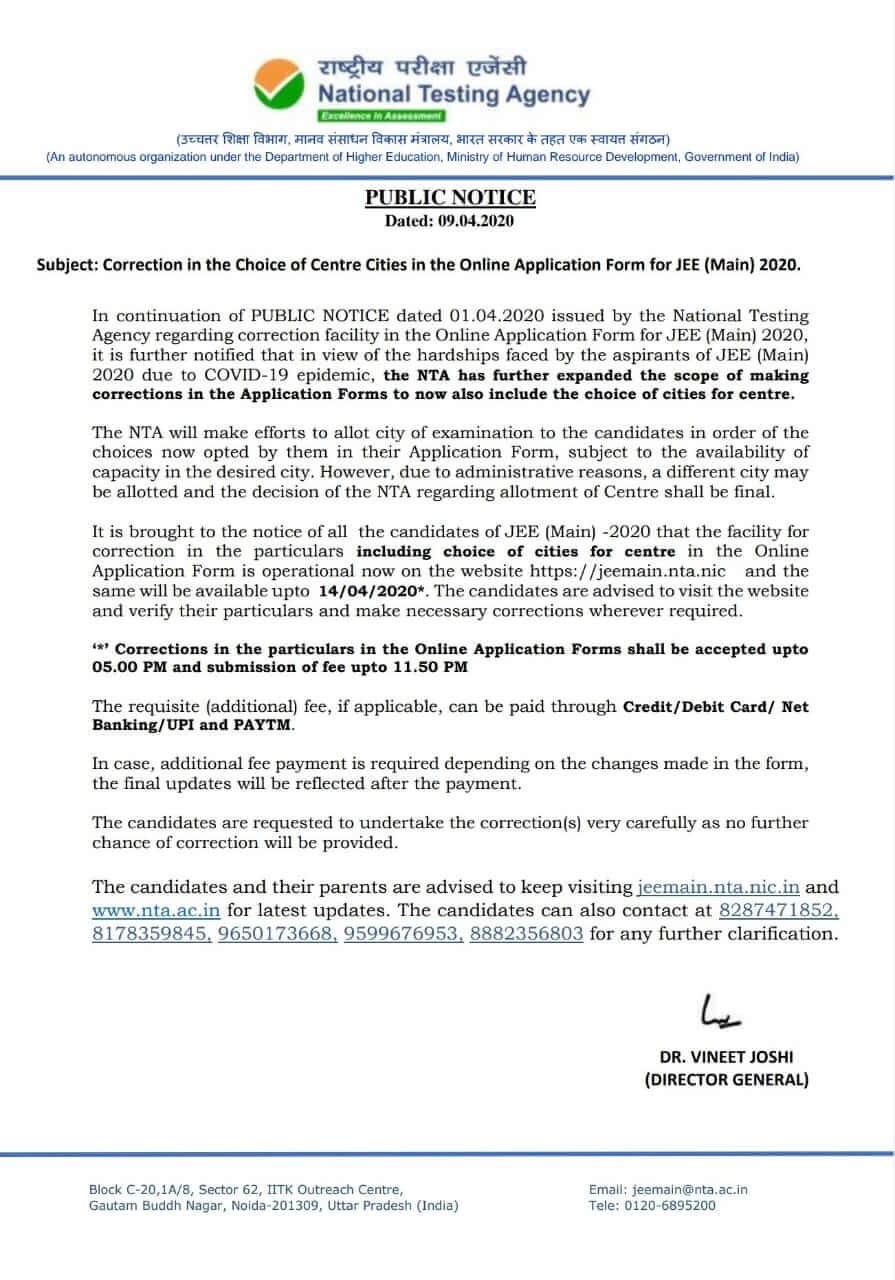 The notification also reads that “NTA will make all possible efforts to allot the city of examination as per the candidate’s preference, but if the available capacity in the desired city exceeds its limit, the administration can allot a different city to the candidates and in this regard administration’s decision would be considered as final”.

Candidates can make corrections in the online application form on or before April 14 until 5 pm on its official website www.jeemain.nta.nic and can submit their fees till 11:50 pm.