Mumbai: How far can a school club go to bring a tremendous impact on the social and economic development of their country? This story about a group of bright young minds coming together to make their country a better place will bring you great hope even in this dark time. It all started with when a group of high school going students from Jain International Residential School with a common goal of helping the poor and section of the nation came together. “It all started as a simple school club where we would do small stalls and collect funds to donate for charity,” said Jinay Sanghvi, Head of Organization and spokesperson (from Mumbai).

The club brought gave them a deeper perspective and inner vision of the life of poor people in India who are not just talented but are also persistent to get their family out of this helpless condition and are willing to live a normal life. Insights about the problems faced by the poor people, empathy with their sufferings and belief in their big dreams made the club determined to officially register themselves into an actual Non â€“ Profit Organization, under section 8 in India. This is how the beautiful journey of empowering innumerable Indians and making them “Aatma Nirbhar” began.

Whereas donations from civilians undoubtedly make an enormous impact, the NGO in all these months noticed that is something more and big India needs to attain to make its citizen truly independent even after completing 72 years of Independence, and finally the idea arrived, inspired from an inspirational speech by our Prime Minister, Narendra Modi. “Our vision then became to make people self-reliant and self-sustainable by generating employment. We announce that HELP UDDAAN FOUNDATION TO MAKE 1 MILLION INDIANS ATMA NIRBHAR,” said the Jeet Mukesh Chandan, President and Founder of the foundation (from Mumbai). They were inspired by the ‘man ki Baat’ from our Hon’ble Prime Minister Shri Narendra Modi to empower people and visualized an idea for job creation.

The foundation has officially registered themselves under the name of Help Uddaan Foundation. Since then, they have been religiously working with several projects abiding by their goal of empowering and supporting the poor section of society in being self â€“ employed and leading to a stable life. Their first project started from Ekalbara, Gujarat. The team realized the women that the women of Ekalbara are highly skilled in stitching but could not make income out of it or find a market to sell them. So, the very first step Help Udaan Foundation made was that it gave a particular amount of orders for Kurtis to be made and sold them to the markets of Mumbai and Bengaluru. The money raised by selling them was used to buy fully functional sewing machines for talented women in Gujarat. It is a delight to inform that the women have managed to earn about Rs. 800/- per day since then. 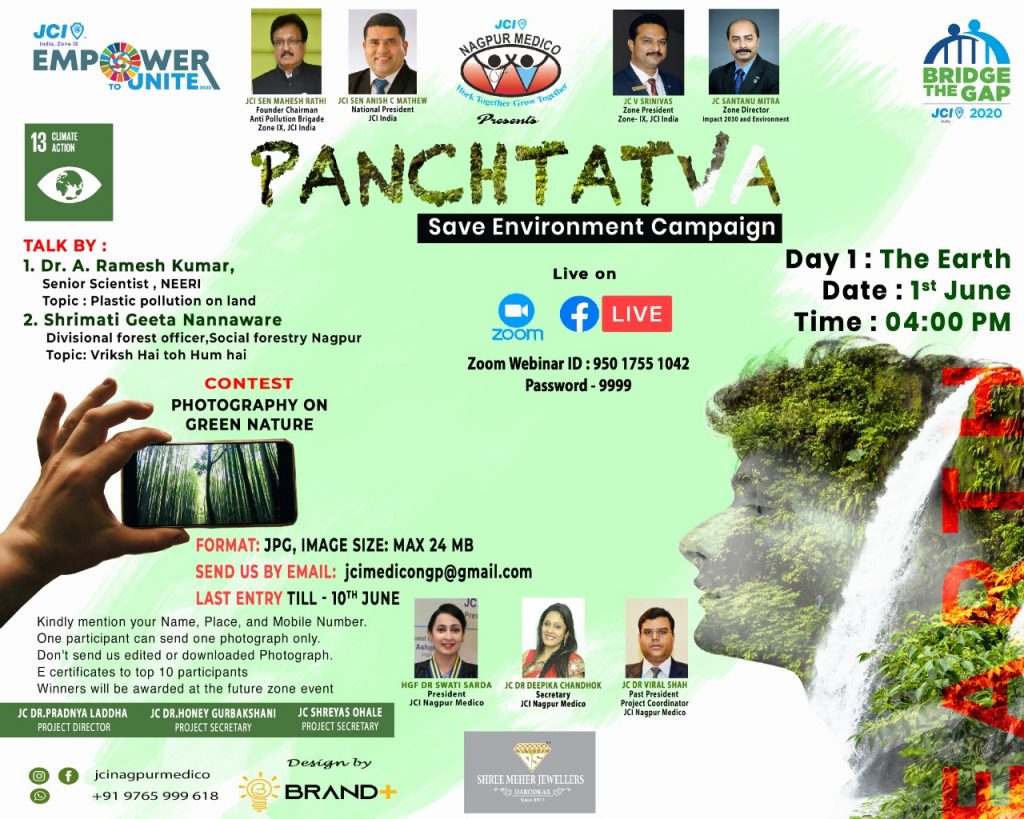 Interacting closely with backward society and remote communities of India made the HUF recognize that these were the people with full of skills and determination, and all they needed were the right idea, market, knowledge and funds to bridge the gap between poverty and a stable life with the help of self â€“ employment.

A similar success story was witnessed in the Kundana and Kuntur villages of Karnataka, where again the foundation donated sewing machines and helped the females in the same way as the ones in Gujarat, and they have been earning a sufficient monetary amount and living a sufficient life since then as well.

The foundation aims to give wings to the dreams of many more groups like these with a massive goal of “making 1 Million Indians, Aatma Nirbar,” says the president Jeet Mukesh Chandan, it is so far the biggest initiative to bring Self â€“ Employment and Make in India, that will lead our country towards enormous development and brighter days.

According to a recent report, about 12. 2 crores of Indians have lost their job, which is much more than what the USA did, due to this unfortunate pandemic situation in the country. Major companies are also are suffering from irrecoverable loss. According to another report, the Country has to cover almost $190 output loss during the lockdown. Apart from the economic crisis, Indians are also suffering from countless social issues majorly affecting the lower section of society.

Even though the majority of Indians might have lost their jobs, what they still haven’t lost is hope, to stand back again, to make India smile again and that is only possible with Make in India, and accepting the attitude of “Aatma Nirbharta” as very profoundly explained by Prime Minister Narendra Modi. Supporting initiatives like HUF will not only help make Indians self â€“ employed and give them a satisfactory economic living but also bring an upward shift in the dropping economy of the nation.

To achieve their goal of making 1 Million Indians Aatma Nirbar, team Help Udaan Foundation has been tremendously been working to promote the initiative. Not just that, the team has also undertaken other initiatives for a greater India. “The team has shown tremendous effort in conducting these events, and promote Uddaan on a bigger scale, “says Hemang Kirtania, Vice President of the foundation (from Mumbai). Help Udaan Foundation later started a program, ‘Abhiyaan Se Gyaan’ wherein they would collect old books, newspapers and magazines and use their proceeds to buy educational material for the children in the villages they have adopted, that is Kuntur, Kundana and Ekalbara.

In September 2019, Help Uddaan Foundation had conducted a successful fundraising event by organizing interschool sports and cultural event in Bengaluru at their school named “UDDAAN Fest”. The event has tremendously been outpoured with more than 800 Participants. The Jain Internation Residential School of Bengaluru has been the origin of this commendable initiative. The team being from second year IB diploma students and from a hostel have done a plausible and tremendous amount of work. The school has been in the support of this from the beginning and HUF appreciates their support.

The team has also provided their help and support during this COVID -19 pandemic crisis. “We have supplied relief to over a 1000 families in Mumbai (Maharashtra), Thane (Maharashtra) and Nirmali (Bihar), by providing them with weekly sufficient ration,” Vishank Shashi – Head of Marketing.

There was another huge fundraising event organised and scheduled for April, but looking at ongoing lockdown and condition in the country, it has been postponed, and the date will be announced when everything will be back into order, and cities will be a lot safer.

The Help India Team also has been exceptionally making use of Digital Platform to create awareness, share the problems faced by poor Indians on the public platform and generating the revenue to help them solve the problem faced by the needy Citizens of India. The team has also been planning to start providing free education using our Help Uddaan Foundation Official YouTube channel soon so that no child is deprived of education and knowledge which is not only their right but the source to make their future bright.

“We will also be soon coming up with our portal where people will be able to register themselves to become the next entrepreneurs,â€ Shubh Abhishiek Patni – Head of Technology. The team of Help Uddaan Foundation has been expanding considerably all over India and by every passing day they are coming closer to their goal of “Creating 1 million entrepreneurs in India”.

Pending issues of traders should be resolved on...

VIA conducted workshop on “Emerging Opportunities in the...