Indian Railways in its endeavor to protect & safeguard the passengers & railway staff from Covid19 has introduced various innovative measures. Central Railway added another feather in the cap to its many innovations during this lockdown. Railway Protection Force, Pune today launched a Robotic ‘CAPTAIN ARJUN’ (Always be Responsible and Just Use to be Nice) to intensify the screening & surveillance. This Robot was launched to screen passengers while they board trains and keep a watch on anti-social elements. 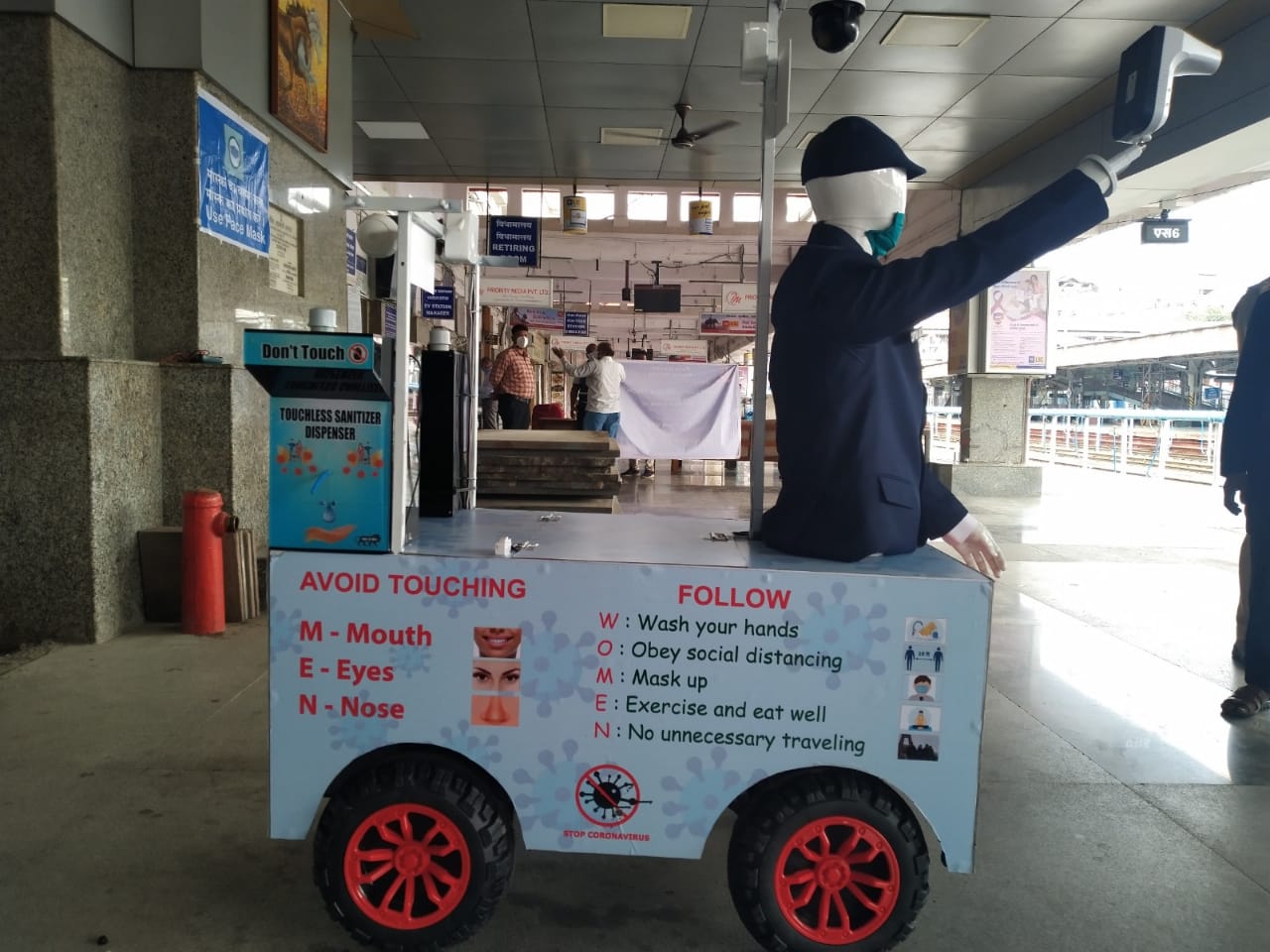 Captain Arjun is equipped with a motion sensor, one PTZ camera (Pan, Tilt, Zoom Camera), and one Dome Camera. The Cameras use Artificial Intelligence algorithms to track suspicious activity and antisocial activity, has an inbuilt siren, motion-activated spotlight H-264 Processor, there is also in-built internal storage for recording in case there is a network failure. Captain Arjun does thermal screening and records the temperature in a digital display panel with a response time of 0.5 seconds and if the temperature is higher than the reference range, it sounds an abnormal automatic alarm with a counting capacity of 999. Captain Arjun has adopted a two-way communication mode, voice and video and also speaks in local language. It is housed with speakers to spread awareness messages on COVID19. Captain Arjun also has a sensor-based sanitizer and mask dispenser and can move. The robot has a floor sanitisation facility with good battery backup. It has rugged wheels which supports all kinds of surfaces. 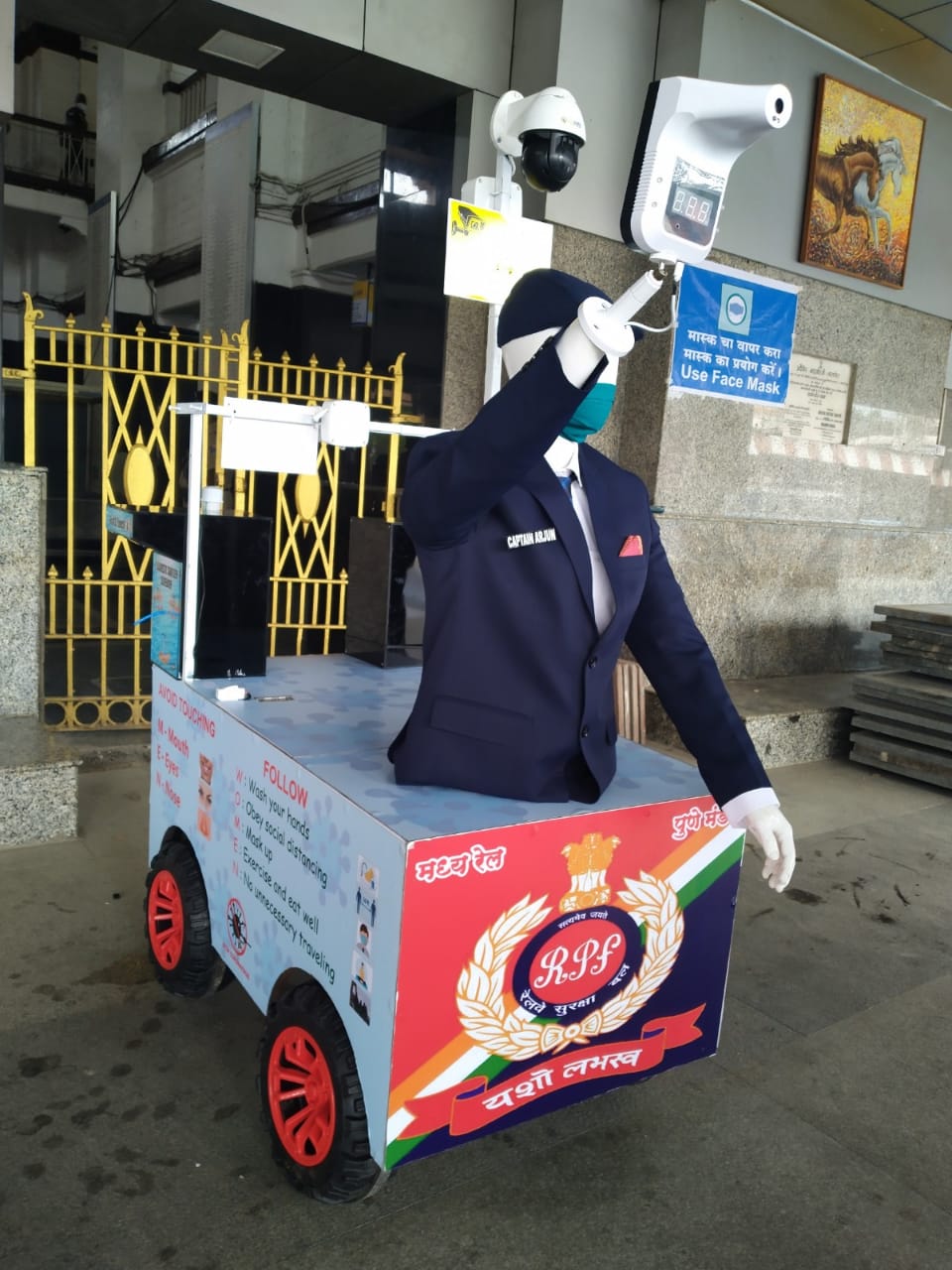 The Brain Child behind this innovation of ‘Captain Arjun’, Shri Alok Bohra DIG/RPF, Central Railway said “The high infection rates among multiple segments of people across the world have hampered efforts to tackle COVID-19 pandemic that prompted us to consider robotic screening. Captain ARJUN can be deployed for multiple uses and it is an effective element in station access control and will augment the station security plan”

The success of this Artificial Intelligence enabled Robotic Captain Arjun will give enough protective cover to the Passengers while undergoing the screening with no manual encounters at the same time its surveillance feature will prove to be a great deterrent to any unusual occurrences and will ensure security in the railway premises. This innovation will add another feature to modern security measures introduced by Indian Railways.
We can fight together COVID19.

“The show, in itself, was ‘an out of the world comedy’”, said Sumeet Raghavan of Sony SAB’s Badi Door Se Aaye Hai