Cracking a whip against the encroachments/ unauthorised constructions along the nalas in all ten zones, NMC started removing such encroachments as per the directions of Tukaram Mundhe, Municipal Commissioner. 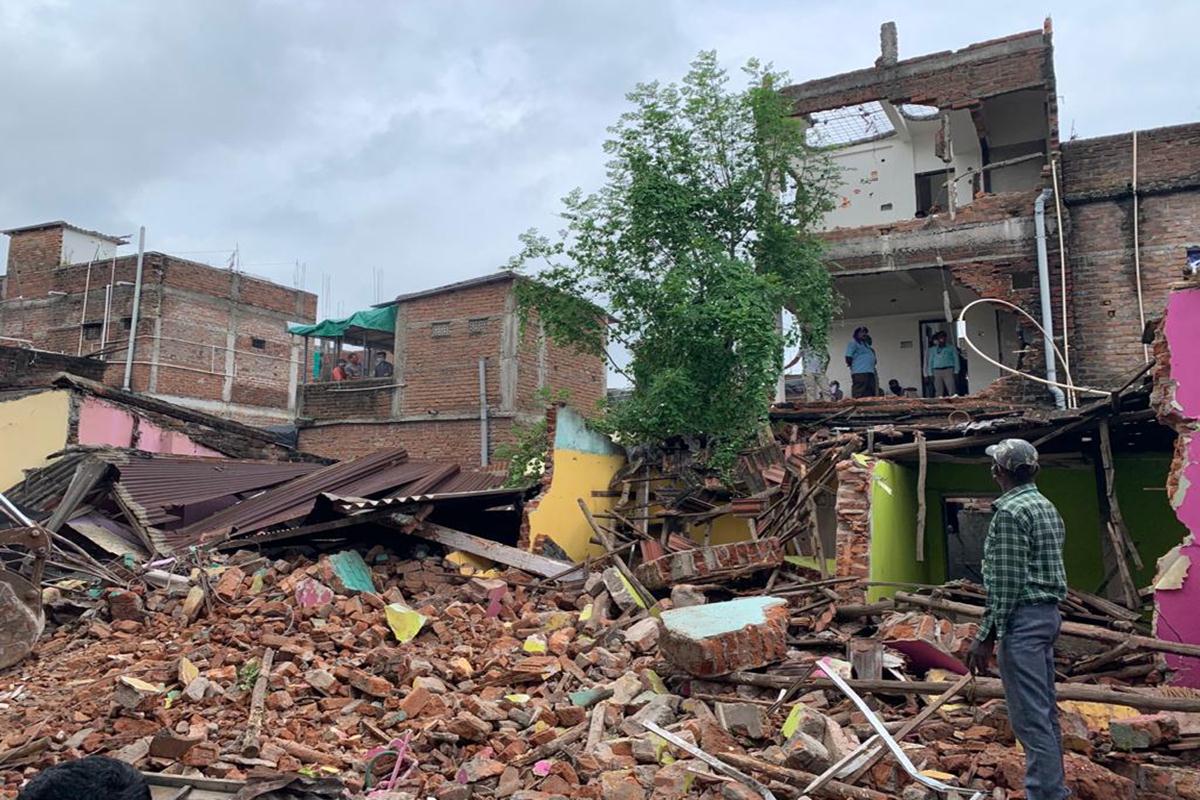 Taking this seriously, Tukaram Mundhe ordered authorities to carry out the survey of such structures constructed along the nala walls with the walls constructed over nala walls without leaving any distance from the banks of nallahs. Accordingly, during the survey, it is observed that Adarsha nagar slum falling in Lakadganj zonal area is vulnerable to this problem where slum dwellers have constructed 2/3 storied pakka houses along the nala. 4 pakka houses have already been demolished by the anti-encroachment squad of NMC.

Some dwellers have already been given pattas in this slum but they have constructed huge houses without any sanction from NMC. Action against 5 more houses is going on out of which one house with 3 stories is seen tilted because of the nala wall below being collapsed. The demolition started immediately by NMC by vacating the house. People in the area objected to the action but NMC without paying heed started the action.

3 structures along Chambhar nallah in Satranjipura zone have also been demolished. When any calamity occurs or the rainwater enters such houses and damage to utensils or property takes place the dwellers, who oppose the action, come to NMC with the demand for compensation. 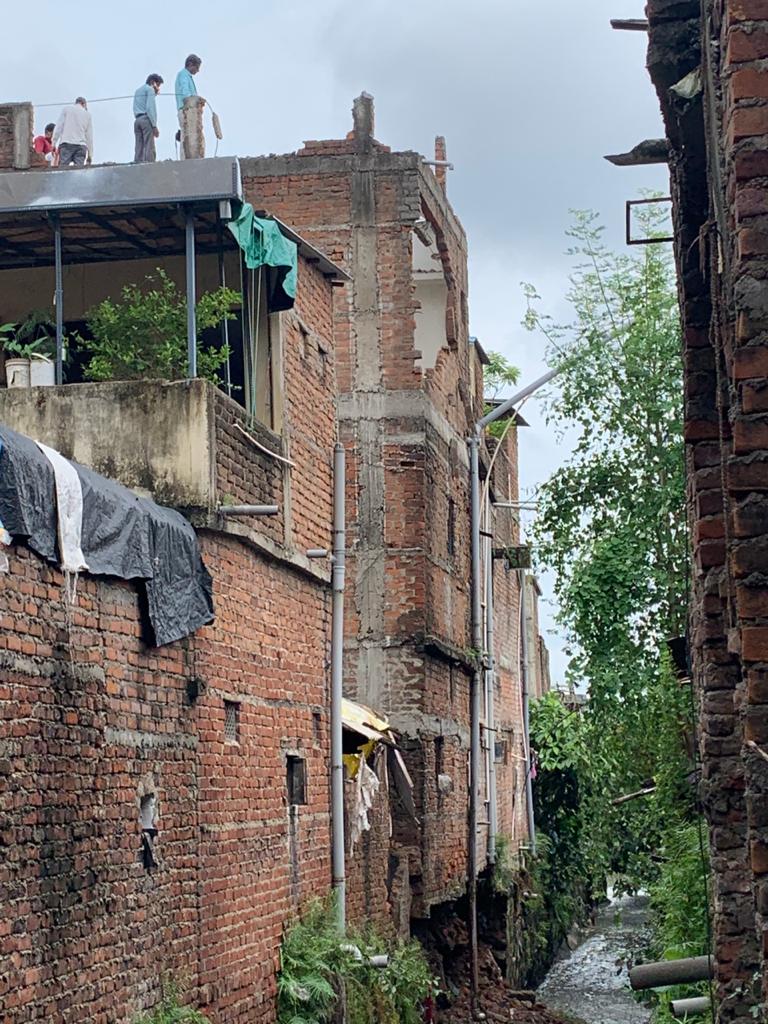 Tukaram Mundhe has appealed to all such dwellers to take this issue seriously and start removing the dwelling units constructed without leaving compulsory distance from nala banks on their own and cooperate with NMC. This action is not meant for making anybody homeless but a part of regulation and to avoid any likely mishaps thereby avoiding any precious human loss or property loss.

NMC will recover the expenditure, with fine, if the action of demolition had to be taken by NMC. He further warned that the legal action, including filling of FIRs against the persons trying to obstruct the action, shall be taken.

For the proper disposal of stormwater drain natural water bodies must be clear otherwise the instances of stagnation of water on roads, narrow lanes take place which ultimately leads to disaster. 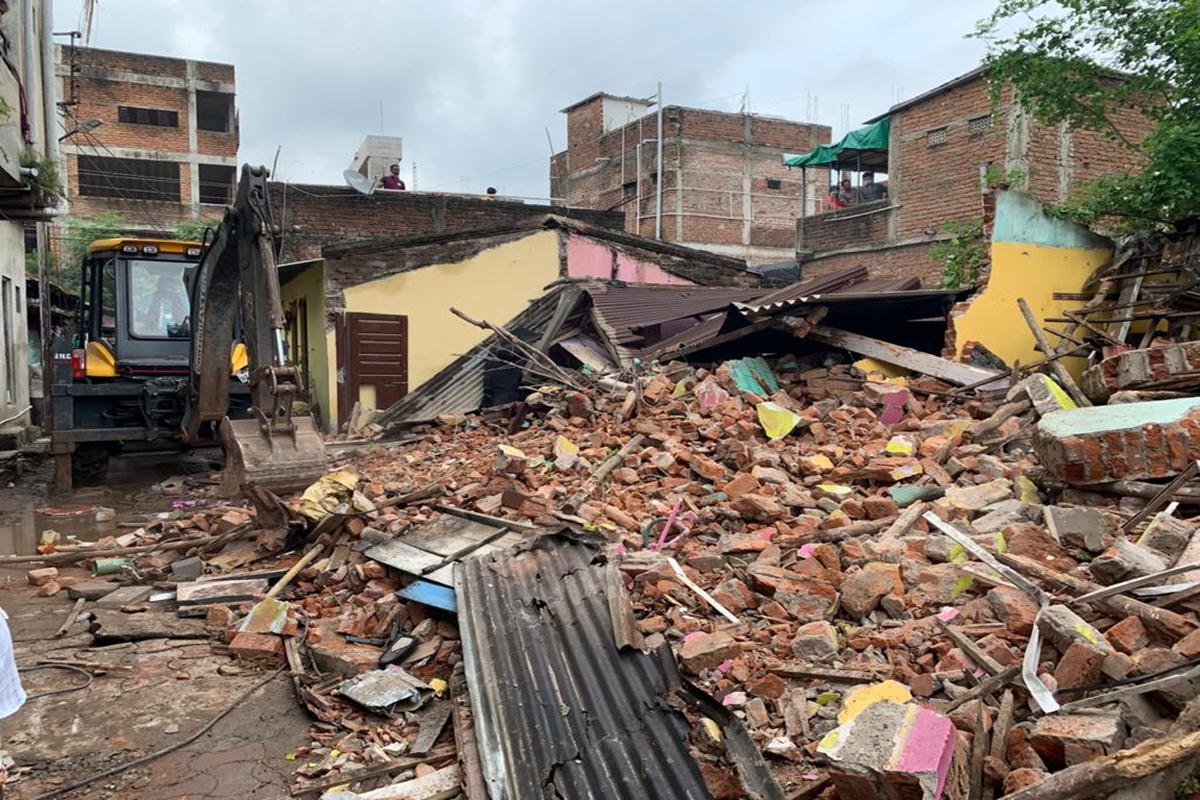 In the next round, NMC is going to start the structures constructed over underground utilities like water and sewer lines. In Aashinagar zone the areas adjoining Tipu Sultan Square like Pawan Nagar, Sangam Nagar, Mehbubpura, Habib Nagar and others in Prabhag no 3, comprising mainly LIG colonies have been facing problems of contaminated drinking water because of the construction of houses on the water and sewer lines which have become very old and people have taken illegal connections also. During the survey, it is observed that 2500 houses in the area are affected because of the proposed new water pipeline. NIT was the planning authority of the area but now all such layouts have become the babies of NMC after the status of NIT, as planning authority, is gone. Mundhe also appealed to cooperate, start removing the portion of the houses coming on pipelines so that the fresh and clean water could be provided to the area for the benefit of people themselves so that they won’t fall pray to waterborne diseases.