The Ministry of Finance on Monday through a series of tweets informed that the businesses with an annual turnover of up to Rs 40 lakhs are exempted from GST and those with a turnover up to Rs 1.5 crore can opt for the Composition Scheme and pay only one percent tax,
The Ministry on the first death anniversary of former Finance Minister Arun Jaitley remembered his contribution towards the successful implementation of the Goods and Services Tax and announced the new plan.
Earlier, the GST exemption limit was Rs 20 lakh, the ministry said. 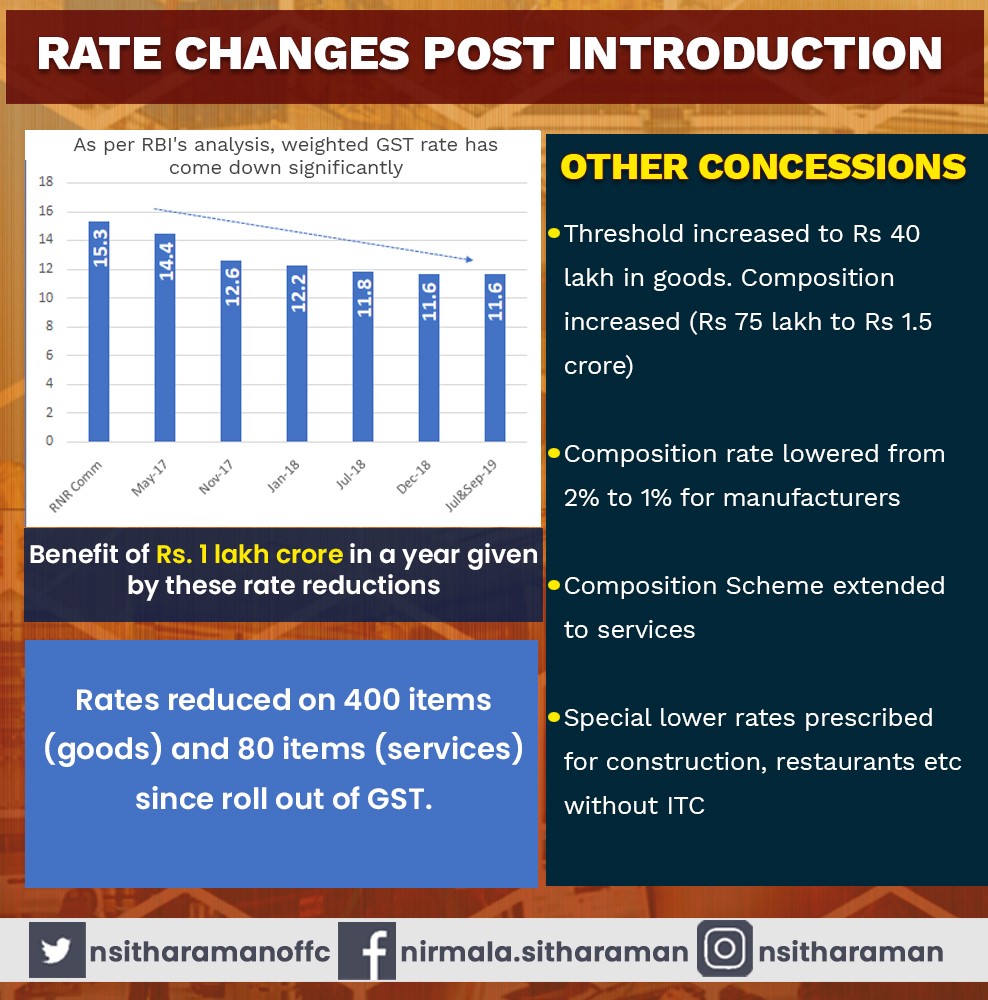 “Now, Businesses with an annual turnover of up to Rs 40 lakh are GST exempt. Initially, this limit was Rs 20 lakh. Additionally, those with a turnover up to Rs 1.5 crore can opt for the Composition Scheme and pay only 1% tax,” the Ministry of Finance tweeted.
“Once GST was implemented, the tax rate on a large number of items was brought down. As of now, the 28% rate is almost solely restricted to sin and luxury items. Out of a total of about 230 items in the 28% slab, about 200 items have been shifted to lower slabs”.

“Significant relief has been extended to the construction sector, particularly the housing sector. It has now been placed at the 5% rate. GST on affordable housing has been reduced to 1%”.
“The taxpayer base has almost doubled since the roll out of GST. The numbers of assessee covered by the GST at the time of its inception were about 65 lakh. Now the assessee base exceeds 1.24 crore”.
“All process in GST has been fully automated. Till now 50 crore returns have been filed online and 131 cr e-way bill generated” the ministry tweeted.

Priority of Railways is that passengers in trains...

India Depends on its own consumption for its...