The National Sports Awards began virtually on 29 August for the first time in history due to Covid-19. On this National Sports Day, unlike other years awardees did not make the customary walk on the red carpet inside Rashtrapati Bhawan’s Durbar Hall.
But the national sports awards were held at chosen 76 Sports Authority of India (SAI) centre and other venues closest to them from, where President was also a part through a video conference from his residence.
Sports Minister Kiren Rijiju was also part of the ceremony and began the National Sports Day by paying tribute to Major Dhyan Chand. 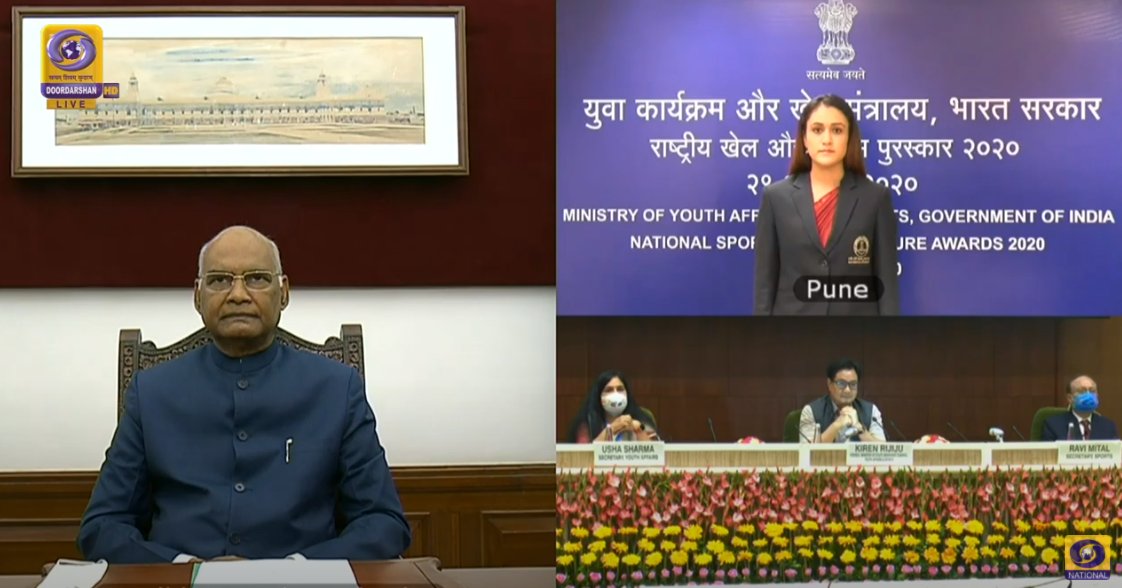 Sanitization procedures were also followed due to the pandemic situation.
This year the prize money for the Rajiv Gandhi Khel Ratna Award has been increased to Rs 25 lakh from the previous amount of Rs 7.5 lakh; Arjuna Award has been enhanced to Rs 15 lakh from Rs 5 lakh.
President Ram Nath Kovind congratulated all the athletes, coaches, and sports associations on their awards and for their inspiring efforts on and off the field. 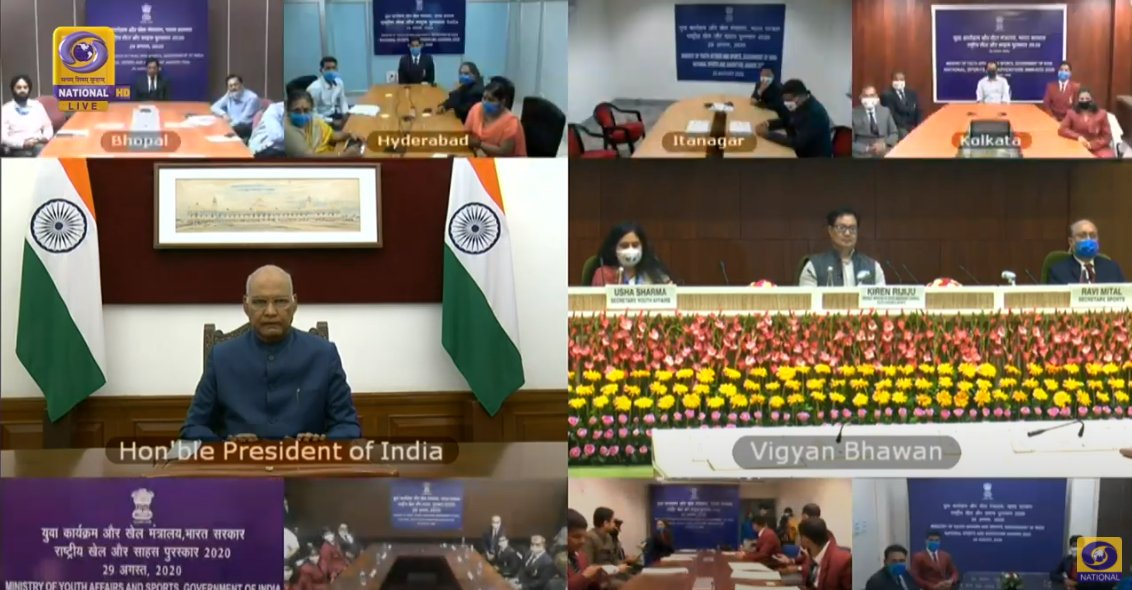