At the New York Climate Week 2020, The Nature Conservancy â€“ India launched a tool for helping decision-makers, investors and financiers to make better choices in selecting land for siting solar and wind projects. A free and publicly
accessible geospatial decision-support tool â€” SiteRight â€” can support siting of new renewable energy projects in places with viable resource potential but away from land areas rich in biodiversity and on which local communities depend.

Satya Tripathi, UN Assistant Secretary-General, and Head of New York Office at UN Environment said, â€œRE projects are land intensive and siting decisions are critical to success since land is inelastic. Not just RE, but also to our food security, it is vital to reasonably estimate the opportunity cost of alternate means. Hence, such a tool will be important for government and various stakeholders to make decisions.â€

Appropriately locating Renewable Energy projects is essential for India to meet its ambitious renewable energy goals without compromising on its environment commitments or delaying the RE projects. By identifying renewable energy development zones pro-actively, state governments could help meet Indiaâ€™s ambitious renewable energy at scale targets by avoiding conflicts and related delays and cost over-runs. The state of Maharashtra has approximately fourteen times the extent of low-risk lands that are needed to achieve its 2022 solar and wind goals of nearly 12GW. In the past, several renewable energy projects in the state have witnessed land-conflicts and delays. These include several
wind projects that were proposed in forested areas as well as protected areas such as the Bhimashankar wildlife sanctuary. 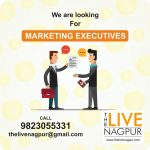 Rapid expansion of renewable energy is critical to meeting Indiaâ€™s energy needs and addressing climate change. However, new solar and onshore wind energy projects cannot be poorly sited, for there could be unintended impacts on ecosystems and local communities. Such consequences can come in the way of further growth of renewable
energy in the country.

A new paper titled Scaling up renewable energy deployment in India: Pathways to reduced socio-ecological risks, was also released by The Nature Conservancy â€“ India during the launch event at the New York Climate Week 2020.
The paper recommends that siting guidelines support developers in considering social and environmental considerations. The paper also outlines frameworks that should inform financing decisions regarding renewable energy projects through safeguards and due diligence processes.