The Union Health Ministry on Tuesday issued a Standard Of Procedures (SOPs) for epidemiological surveillance and response in the context of the new variant of SARS-CoV-2 virus detected in the United Kingdom.

On Monday, the Centre had announced that it had temporarily banned flights from UK into India which would continue till December 31. 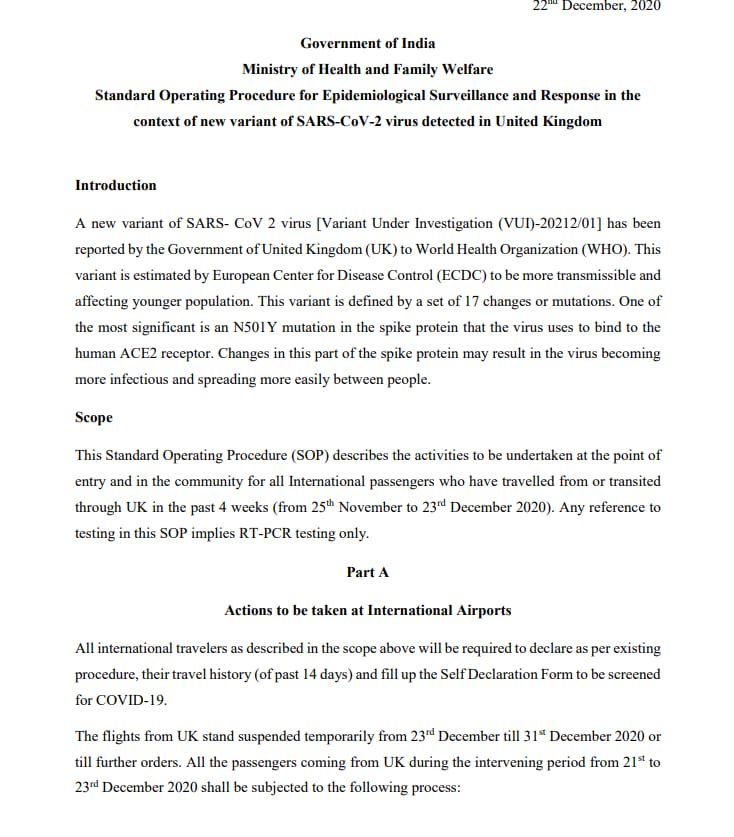 The ministry in the SOP stated that “this variant is defined by a set of 17 changes or mutations. One of the most significant is an N501 Y mutation in the spike protein that the virus uses to bind to the human ACE2 receptor. Changes in this part of the spike protein may result in the virus becoming more infectious and spreading more easily between people”.

This Standard Operating Procedure (SOP) describes the activities to be undertaken at the point of entry and in the community for all International passengers who have travelled from or transited through UK in the past 4 weeks (from 25th November to 23″ December 2020). 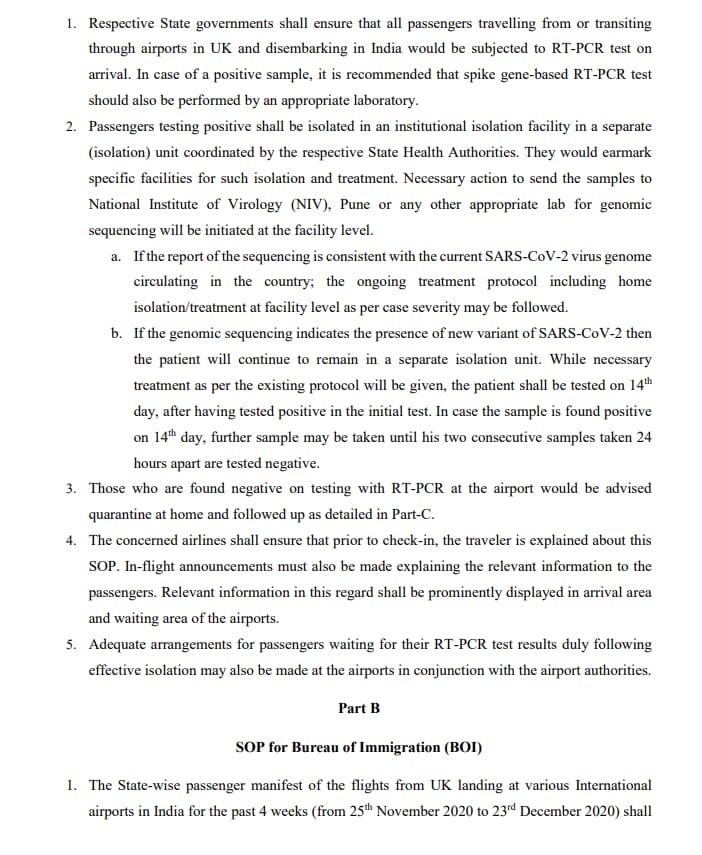 The health ministry in its SOPs stated that passengers from UK who arrived in India between November 25 and December 8, 2020 would be contacted by District Surveillance Officers and will be advised to self-monitor their health. 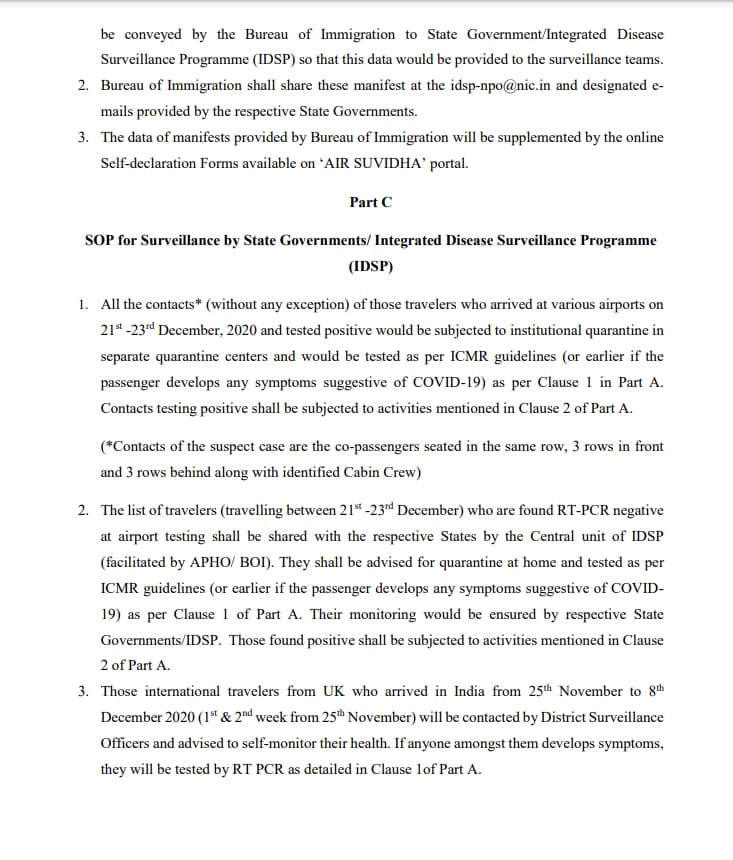 State governments should ensure that passengers travelling from or transitioning through airports in the UK and disembarking in India during the intervening period from December 21 to 23 would be subjected to RT-PCR tests on arrival, the ministry said adding that in case of a positive sample, it is recommended that spike bases RT-PCR tests should be performed. 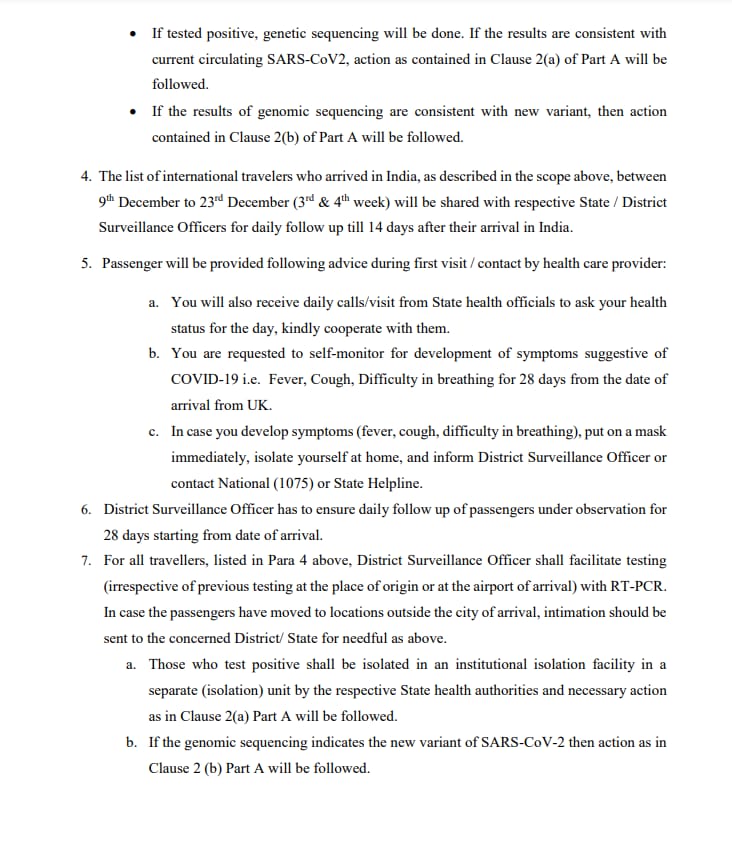 Those passengers who test negative through the RT-PCR method will be advised home quarantine. Concerned airlines have been asked to ensure that prior to check-in, the traveller is explained about the SOPs and in-flight announcements must be made explaining all relevant information to the passengers, the release said.

Individual with these 20 health conditions will be...

Thalassemia and Sickle cell patients must be prioritised:...

Private hospitals can charge up to Rs 250...

Foundation day of IBM to be observed as...

Criminal case will be registered against pvt doctors...