In Dharampeth Zone from Ram Nagar to Amravati road footpath were cleared during which handcart and shops were seized, 1 truck material was also seized in the drive. 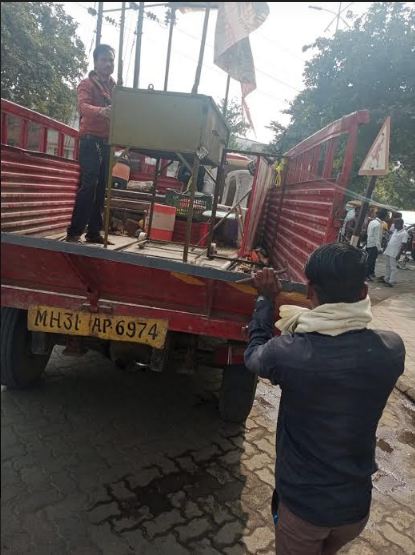 From Uttkarsh Nagar to Kalmeshwar Road platform made by vegetable vendors were demolished, 22 table and 6 carets of vegetables were also seized.

Under Zone 3 Hanuman Nagar from Manevada Square to Uday Nagar Square and Mhalgi Nagar Square both side footpaths were cleared during which many handcarts and shops were removed and the road was cleared. Around 74 encroachments were cleared.

Gandhibagh zone 6, 78 encroachments were cleared 6 handcarts were seized and Rs 11,000 fine was imposed.