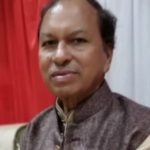 Dr. Dayal T Nagdeote, 78, a resident of 13, Sahakar Nagar, Nagpur was a retired Medical Officer from GMCH and IGMC. He passed away today morning while battling blood cancer. Dr. Dayal Nagdeote was ailing for the past 4 months and breathed his last at American Oncology hospital in Nagpur. He is survived by his wife, two sons, 3 daughters, 2 brothers, and a sister.

Alumni of GMC, Nagpur from the 1963 batch, Dr. Nagdeote had served as a medical officer in various PHCs by the Government of Maharashtra. He was posted at GMCH, IGMC, Bhandara Civil Hospital, and other parts of Vidarbha and had retired in the year 2001. The last ritual was held at Sahakar Nagar Ghat in the presence of large number of relatives and friends. 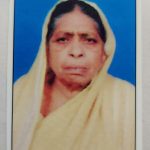 Shantabai Chandrabhanji Jadhav Age 84 mother of ruling party leader Sandeep Jadhav died of a long illness. He is survived by a large family of three sons and three daughters.
The last rituals will be performed at Mankapur crematorium tomorrow at 11 am.

Shivshankar Patil of Shegaon passes away