It is a proud moment for Vidarbha that All India Football Federation (AIFF) president Praful Patel was on Saturday elected as a FIFA Council member and thus became the first Indian to enter the prestigious council in a landmark development.

Patel who is also the Rajya Sabha member got 38 out of 46 votes. The AIFF chief was one of the eight candidates vying for the spot in the election which was held during the 29th AFC (Asian Football Confederations) Congress in the Malaysian capital. Patel was accompanied by AIFF general secretary Kushal Das and senior vice-president Subrata Datta. 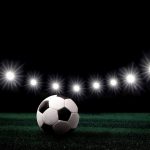 The AFC Electoral committee and the FIFA Review Committee conducted the eligibility review on all the candidates.

Earlier in the day, the congress re-elected Shaikh Salman bin Ebrahim Al Khalifa by acclamation as AFC president for a second four-year term until 2023.

Shaikh Salman, whose presidency began in May 2013, was the only candidate for the position. There were initially three candidates confirmed by the AFC Electoral Committee following the completion of the eligibility checks on March 1. The number was reduced following the withdrawals of Mohamed Khalfan Matar Saeed Al-Romaithi (UAE) and Saoud A. Aziz M A Al-Mohannadi (Qatar) – both of whom threw their full support behind Shaikh Salman.

Of celebrations and faith: Gudi Padwa