Yuva Sahitya Awardee Manu Pillai was the invited author at the Fourth run-up event of ‘Meet the Author’ on 5 October 2019. On display, was his latest release, “The Courtesan, the Mahatma and the Italian Brahmin”, published by Westland Publishers this year.

Manu Pillai was in conversation with Anand Sancheti, who engaged the young author in a serious, yet witty and topical conversation about his latest book. Manu Pillai kept the Nagpur audience absorbed in the continuous flow of pithy, articulate and sharp observations about the content of his book, explaining its genesis, structure, contemporaneity and its readability. Moderator Anand Sancheti navigated the young writer’s exuberant eloquence, so as to give the audience a perfectly well-rounded interview and subsequent audience interaction.

Anand Sancheti drew out the author making him speak on a few select and important areas from his book of essays.

On the question of representation of Indian history, Manu Pillai revealed his style of narration which deviated from the erstwhile former formal emphasis on dates and chronology. Pillai observed that it was more humane to approach men and women who created history by not preserving their narratives and making the actual narrative available to the reader. Each historical figure need not be read in rigid binaries of black/ white, good/ evil, strong/weak, but could be understood as well rounded characters who committed great acts of bravery as well as folly. Historical figures further tended to be treated as gods or at best demigods and any criticism of their godliness, or a separate perspective was rarely entertained. 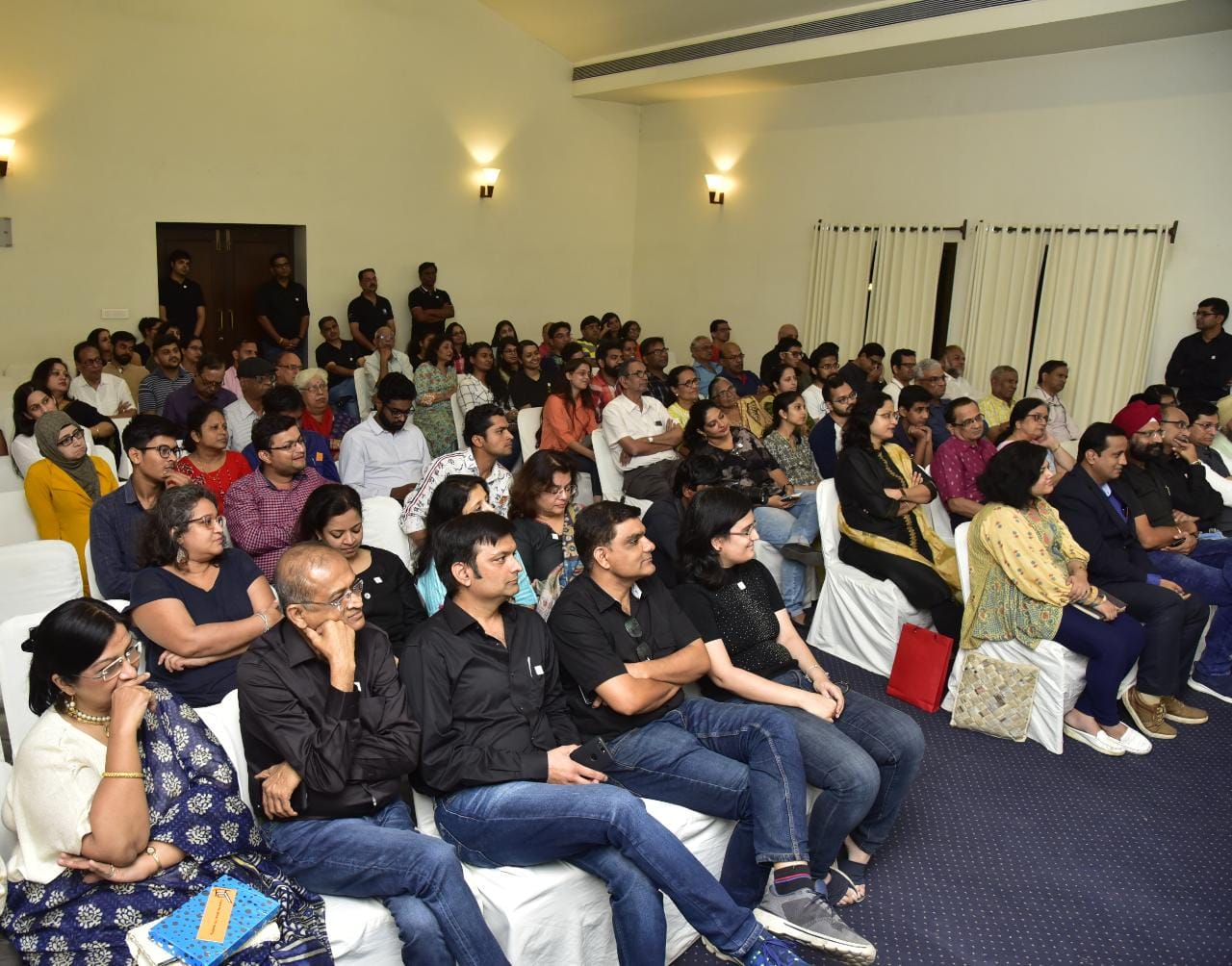 Pillai talked of his interest in historical narrative having been piqued by the colourful tales his grandmother told him of matrilineal Kerala society. His first book, ‘The Ivory Throne’ was based on the feud between two sisters of Travancore. Certain customs and traditions marked the absence of patriarchy in the state.

The Maharani was the absolute ruler, even her husband could not sit in her presence, he was treated as any other citizen, he was acknowledged as the Royal consort, but did not enjoy the privilege of being allowed to die in the Royal Palace.

In his book, Pillai reimagines historical characters and lends them a human touch and said as much while commenting on the style of historical narrative required today.

The story of the Namboothiri woman who was abused at age ten by her own future brother in law and subsequently charged of adultery was told with passing reference to the present MeToo movement. Only, this lady defied all norms and traditions and brought into focus not one, but 66 men whom she had had sexual relations with. Women have always been elided out of historical narratives, and Pillai takes control of the direct and authentic narration of the lives of various gutsy and proud women, of both upper and the lower castes.

Replying to Anand Sancheti’s query to elaborate on the choice of his title, Pillai explained in great detail the three parts to his title.

The Courtesan refers to the important position the courtesan played in 17 th and 18 th century India, which the British tried to negate and therefore vilified. The class of courtesans had real economic power and were repositories of culture, refinement, the various performing arts as well as being the social influencers of their times.

There are several anecdotal essays on women who have been sidelined by mainstream history. Balamani Amma, who was a stage and theatre professional, Begum Samru, who was a high-class prostitute, were women who by dint of their gender and profession, were suppressed and on the other hand the stories of men of lesser achievement for eg. Mahadji Scindia, were given predominance and their stories were considered inspirational. Both women had worked hard for destitute women, and for the raising of the stature of their art. But women who were determined to be unmindful of their secondary and repressed status were not fit material for historians of the day.

The Mahatma refers to the life of Mahatma Phule, who Pillai draws as not just the man who brought in women’s education in Maharashtra, but as a man who was well-read in English philosophy of the day and was not averse to dedicating his book Gulamgiri to “ the good people of the United States for abolishing slavery”.

The section on the Mahatma carries narratives from the lives of Chokhamela, Basavanna, Kabir and other social reformers who raised inconvenient questions on caste, class and religious orthodoxies.

The last part of the title, the Italian Brahmin contains portraits of such men and women through history who were at best oddities to their peers. Pillai gave snippets of his anecdotes from the book on Roberto de Nobili, the Italian who turned sanyasi, Emperor Jehangir, Nawab of Oudh, Wajid Ali Shah, and his mother, his own travails as he hunted down the grave of Malika Kishwar in Paris.

Pillai reiterated the need to desist from looking at historical figures as purely this or that, black or white. Asked for his take on caste, Pillai gave instances from his book as to how the British cleverly used the caste divides in the country to their own advantage.

The colonizing of the mind had created greater havoc than the colonizing of the land. Asked about the Kama Sutra, Pillai explained that the text was tabooed only by British Victorian moralizing, and its other contents which focused on relationship management were therefore completely overlooked.

Pillai’s response to the question of the Deccan sultanate was a long anecdote touching upon the various narratives in his book referring to the four Muslim kings who eventually brought down the Vijaynagar empire of Krishnadeva Raya. Avarice, greed, and power being the guiding lights of power in any age, Pillai dwelt at length on the nature of the Deccan sultanate.

Asked his favourite historical figure from his book, he replied that he was partial to Shakuntala. He referred to the various ways Shakuntala travelled seamlessly from Kalidas’s Sanskrit verses to the Victorian imagination still eclipses the more remarkable woman who first appeared in this great Indian epic, who challenged notions of patriarchy and demanded her due.

A question-answer session followed this conversation between Pillai and Anand Sancheti. Pawan Sarda moderated the question and answer session. The audience was delighted with being able to view familiar historical subjects in a new and fresh light and discussed their own impressions of being able to do so.

Gurunath Modak gave an overview of the past four run-up events and gave a brief glimpse into the coming events. He announced that P. Gopichand had conveyed his acceptance. The next event would be on November 9 and the invited writer was Deepak Gupta, IAS.

A Writer’s Workshop was announced and that the registrations were on. Aditya Sundaresan was to be the resource person. Jeetendra Nayak was the Programme Coordinator.

The VLF presented Manu Pillai with a book of plays by renowned playwright Mahesh Elkunchwar.

Earlier, Jeetendra Nayak had made the introductory remarks, revealing his own passion for the works of John Steinbeck and his appreciation of the concept of the Vidarbha Literary Festival and its various platforms on the run-up to the main event in February 2019.

Rituja Joshi offered the formal vote of thanks.