On the occasion of the 150th birth anniversary of Mahatma Gandhi, Mission Samriddhi is proud to facilitate the launch of India Panchayat Forum (IPF) at Gandhi Ashram, Sewagram in Wardha. IPF is designed to be an independent, non-partisan, pan-India, multi-stakeholder forum to catalyze the strengthening of Panchayati Raj Institutions.

IPF membership is open to Indian registered entities and individuals that work or are interested to work in strengthening PRIs. Such members can be from, (but not limited to) Local Government Associations, NGO/CSO, CBO, Corporates/CSR, Foundations, Media, Academic institutes, Government and Autonomous bodies.

IPF aims to achieve its mission to:

In addition, IPF will focus to harness the strength and reach of the Government, curate and research for deeper insights, reorient volunteerism, amplify voices at micro/macro levels and leverage cost-effective replicable technology to further its vision and mission. 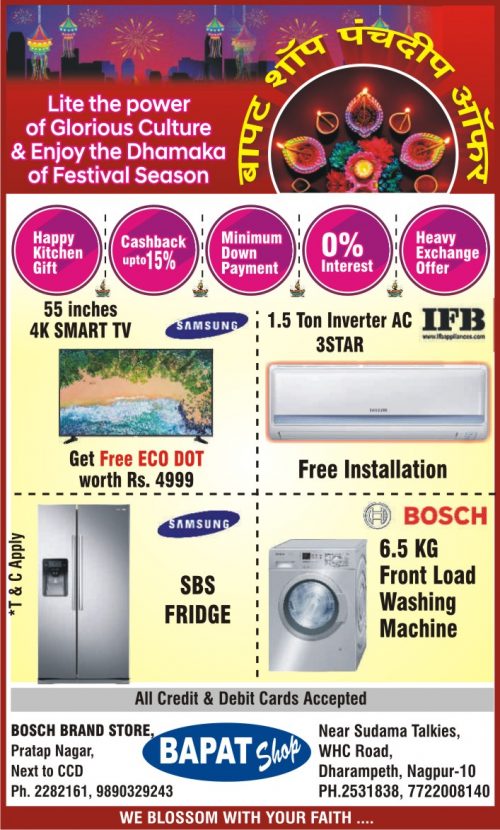 Mission Samriddhi is a social impact enterprise dedicated to holistic human development in India, through the design and development of projects that are sustainable and capable of scale to positively impact the larger population.

Mission Samriddhi supports the existing initiatives, harnessing their energy and passion, providing the support required to address constraints, while building sustainable models in association with their project partners and commit to a strong and prosperous India.

Flipkart salutes the spirit of MSMEs and sellers...

Disney+ Hotstar brings a tale of valour and...

Lifestyle announces its most-awaited SALE of the Season