Darakht 1.0 an open mic session on the ongoing climate crisis

GroWill foundation and Aamozish-e-Urdu have jointly presented an open mic aimed at creating climate change awareness among the local population of Nagpur on November 3 at Maker’s Adda, Hazaripahad.

More than 150 nature lovers took part in the open mic event. The audience comprised of young and old green warriors of the city. During the event performers and attendees shared their thoughts and ideas and suggested certain measures for changes in policy making tackling the problem of climate crisis in Nagpur.

The events started with the famous speech how dare you of Greta Thunberg delivered by an 8-year-old kid Arsh Thaware. 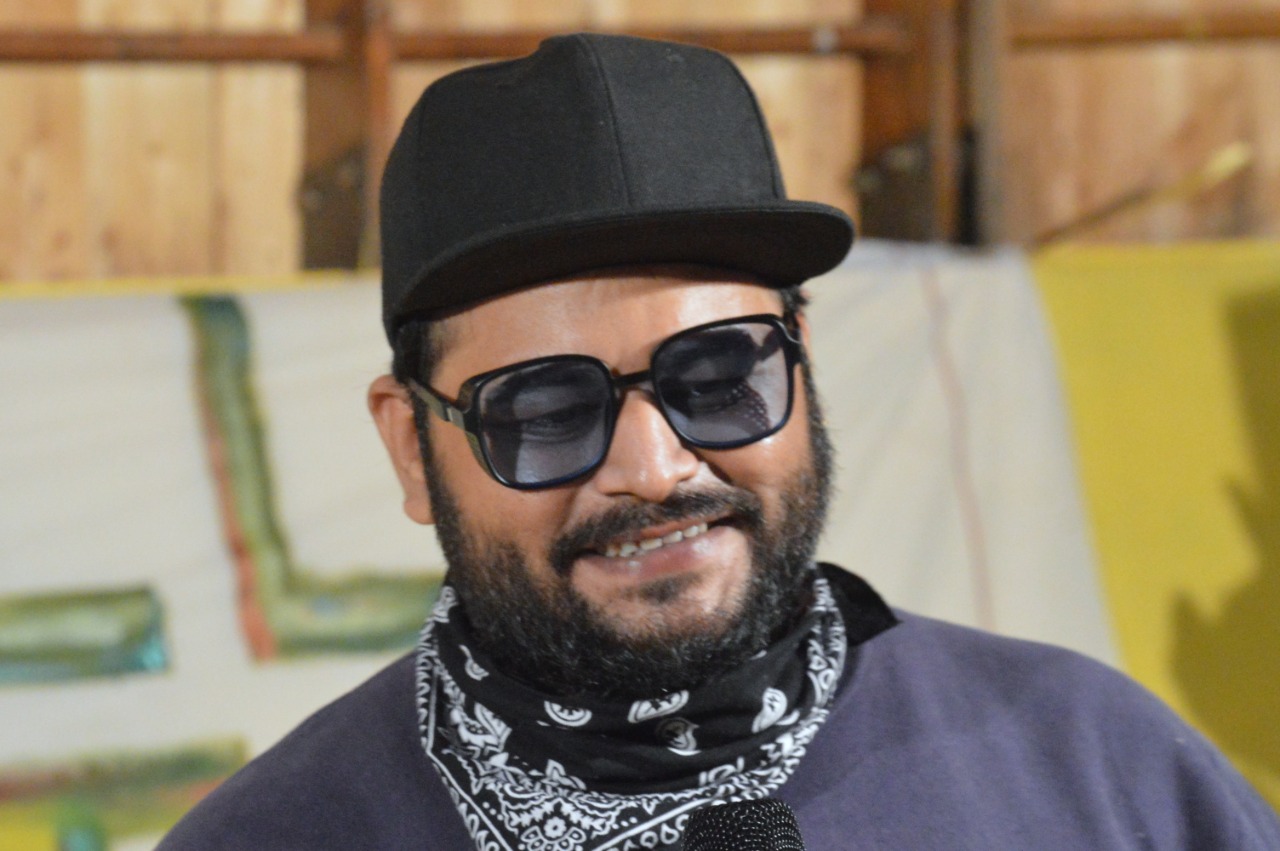 The event emphasized on popularizing the use of Urdu in the general public of Nagpur and young artists. Young poets Akruti Ingole, Monish Zade, Vedant Rekhade and Dr Nirankush Khubalkar presented their ideas in the form of elegant poetry.

One of the attraction of the event was the performance of Rap band NARC represented by Rocha, Mayur, Jerry, High breed ,  Mr. Vampire, Razid and Sinchal who performed their famous rap song “Garam Hai”.

DPD bhaiyo ka bhai, another rap artist presented his creation titled “Insan Ban” which warned public administrators to open their eyes to the problems of climate change. Jerry, Chinmay, Pritam Karonde, Tejas Palkar and Mohit Gurbani were the other Rap artists who performed and called for a strong political will in countering climate change. 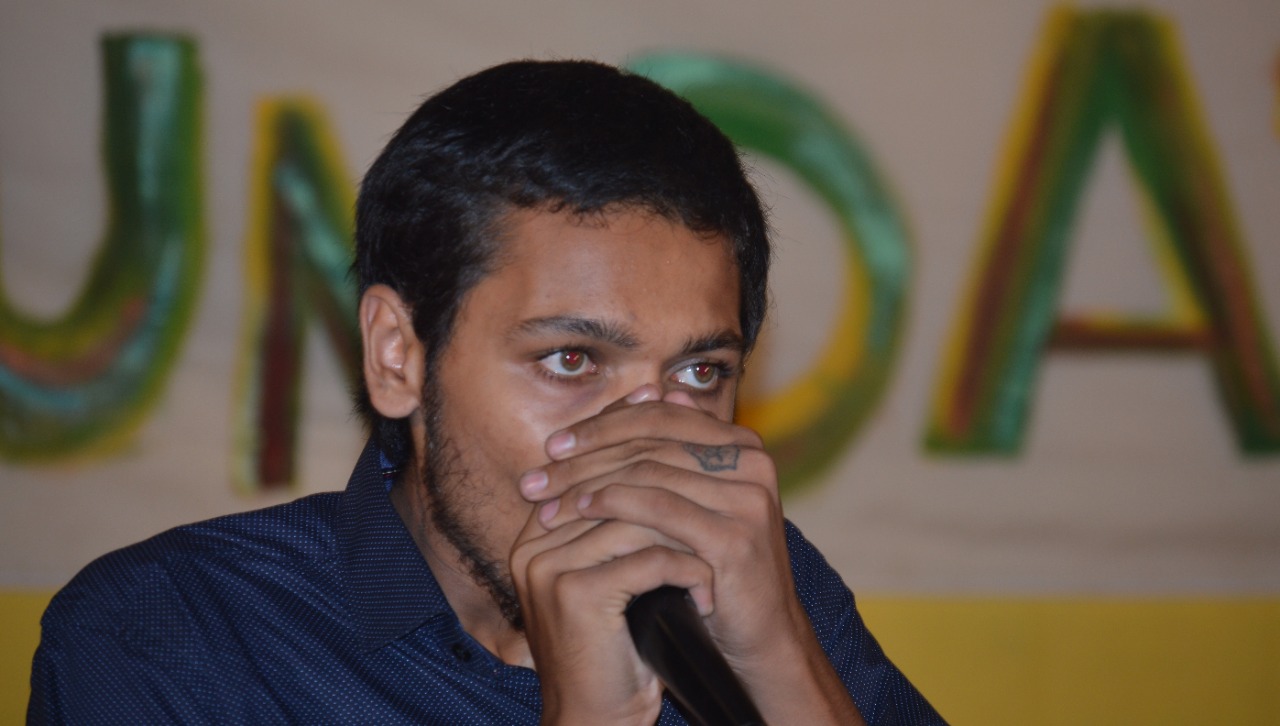 Pragya Mahadule, Prabin Jachak, Avarneet Dule and Vsishnavi Dhoke performed a beautiful English and Hindi mix medley song which ended with the song “Sadda Haq” with a message of initiating if we want to be a part of the solution for climate crisis situation in Nagpur.

Vaibhav Shinde Patil delivered a powerful Marathi speech highlighting the connections between climate crisis and political will and also called for a strong action from Nagpur youth in changing the political will of the city. 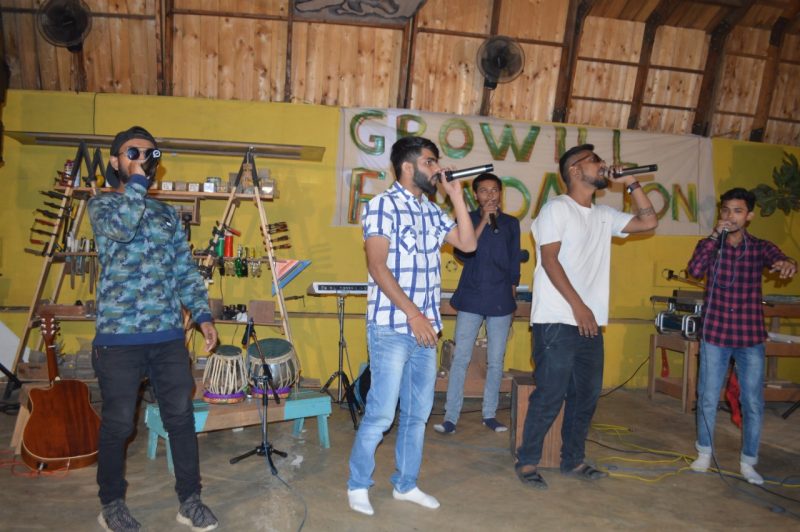 Rajiv Ranjan Singh, an independent candidate who lost the recent elections called for importance of right action plans along with justified steps taken together by the city administrators and the active citizen in the society. He highlighted the concerning fact of dropping underground water level in Nagpur city and sent a strong message to the politicians that this problem needs to be tackled on a war footing and should be priority over other projects like the metro.

Mohit Varu , a young storyteller of Nagpur weaved his words and mesmerized the audience with the unique story of the Latur earthquake and highlighted the fact that if we continue our atrocities on mother nature, the day will not be far when mother nature takes a strong action against us in Nagpur. 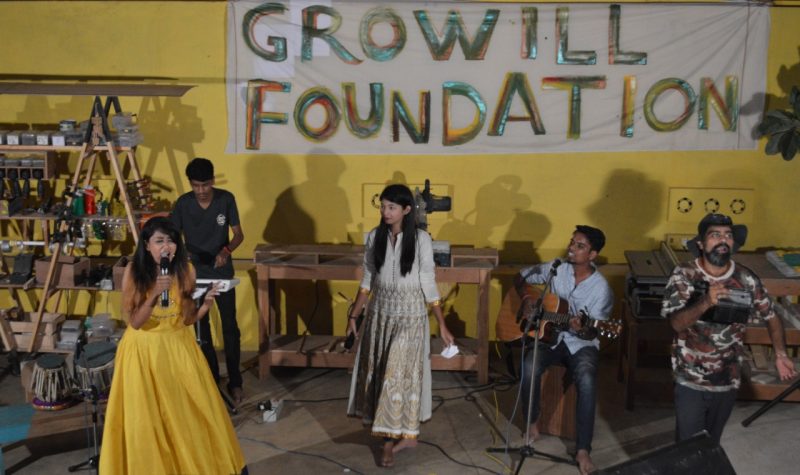 Upbeat, the band from Wardha comprising of young artists of various backgrounds mesmerized the audience with their soulful rendition of foot-tapping Sufi songs. Shubhangi Raut and Pragya Gupta were the other poets of the evening.

Suresh Dande was the chief guest of the event and delivered a gazal on the topic of floods in cities that we see after every rainfall.

Kudos to members of team GroWill foundation Abhay Bhandarwar, Ajay Kamble, Anshul Nagpure and Chetan Pandey for their work and their concern on the climate crisis in Orange city.