A dilapidated one-story house was collapsed on Monday Morning at Safari Azad Chowk at 4:43 am. According to the initial reports 5 people where in the house. 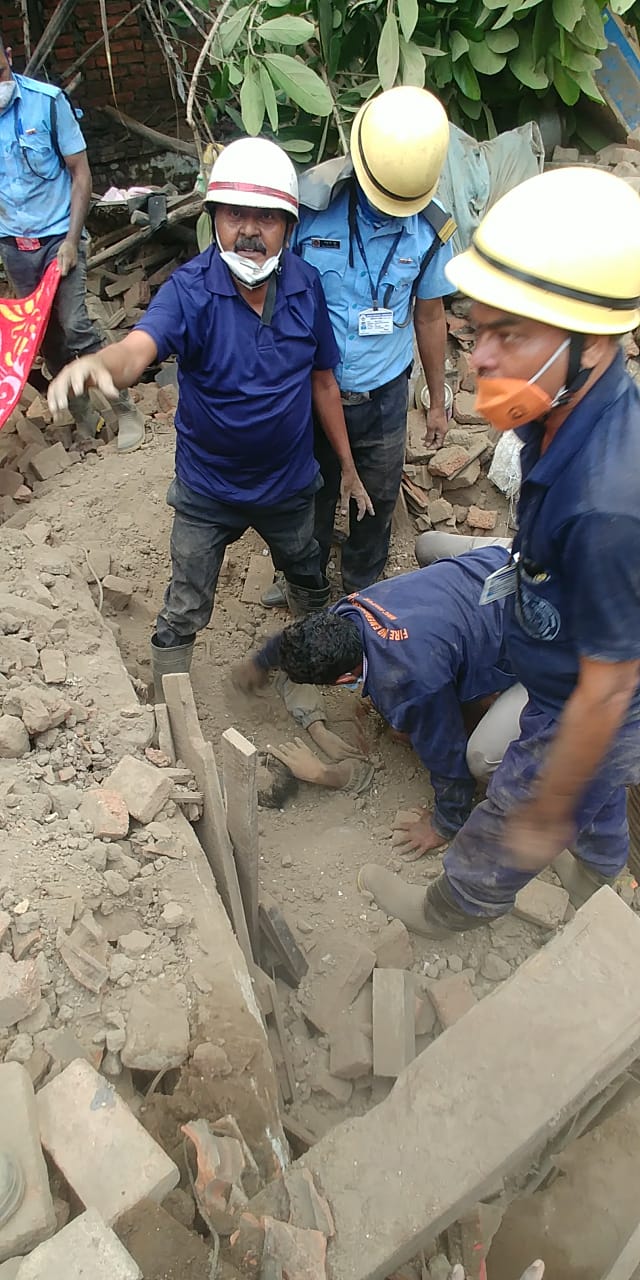 And rescued 4 people who were stuck under the debris and were sent to the hospital while one died in the incident. Dy incident commander Dharampeth zone, Ex Engineer, Emergency Response team from HQ was also present on the spot. Prabha Teksultan 55 years, Laxmi Teksultan 65 years, Lokesh Teksultan 22 years, Rakesh Sirohiya 32 years all are rescued. But Kishore Teksultan 43 years was declared dead by mayo hospital.