During the raid, the above firm was found engaged in misuse of BIS Certification mark popularly known as ISI Mark on the product Packaged Drinking Water (PDW) without having a valid License from BIS. 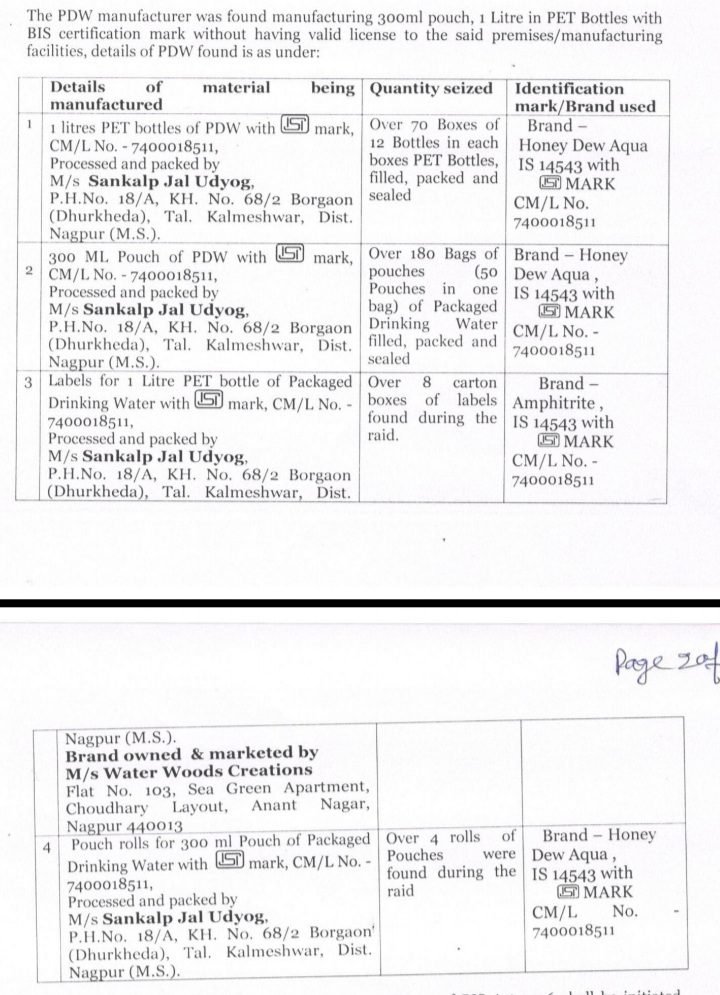 It is for information to general public that i litres PET bottles of Honey Dew Brand and Amphitrite brand and 300 ML pouches of Honey Dew Brand under CM/L. No. 74000185u are spuriously manufactured without following BIS norms and relevant Indian Standards and the said Packaged Drinking Water can be dangerous to human consumption and thus it is an appeal from BIS that “Do Not to use/consume/drink PDW Bottles/Pouches supplied by above manufacturers.

It is suggested that consumers should ascertain the genuineness of the ISI marked products before purchase by visiting BIS website https://www.bis.org.in

CAs booked for fraud in land deal worth...