Calling the Maharashtra assembly elections a festival of democracy, Union Minister of Road Transport and Highways Nitin Gadkari on Monday urged people to come out and cast their votes in large numbers.

“Today is the biggest festival of democracy. I urge people to come out and practice their right to vote and strengthen the country’s democracy,” Gadkari said outside a polling booth in Nagpur after casting his vote. 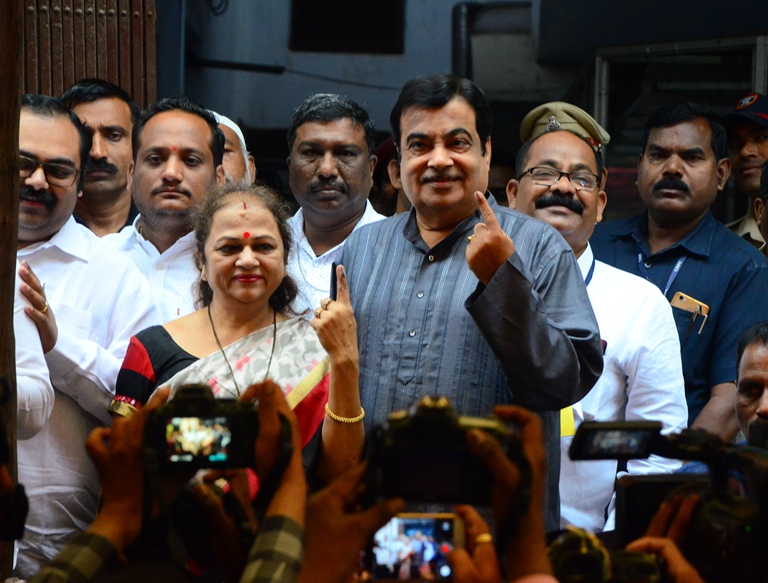 Gadkari said that in the last five years, Prime Minister Narendra Modi-led central government and Chief Minister Devendra Fadnavis-led Maharashtra government have done a lot of work in the country and the state respectively.

He also tried to dissuade people from choosing NOTA, saying it is not good for qualitative improvement in a democracy. Voting for 288 constituencies in Maharashtra began today at 7 am today and will continue till 6 pm. The counting of votes will take place on October 24.

The Congress has 147 candidates in the fray while its ally NCP alliance is contesting 121 seats. The alliance has left the rest of the seats for its smaller partners. (ANI)

Samruddhi Mahamarg to have a Traffic Intelligence Management...

Nagpur recorded a minimum of 15.4 degrees