The musical night was bliss for the music lovers and for the fans of one of the great singers ‘Kishor Da’. Singers recreated an aura of 80’s. The rendition of old songs by the singers spread the high energy throughout the programme.

Kishore Kumar was the Indian playback singer, actor, music director, lyricist, writer, director, producer and screenwriter. He is considered as one of the greatest and the most successful singers of  Bollywood. 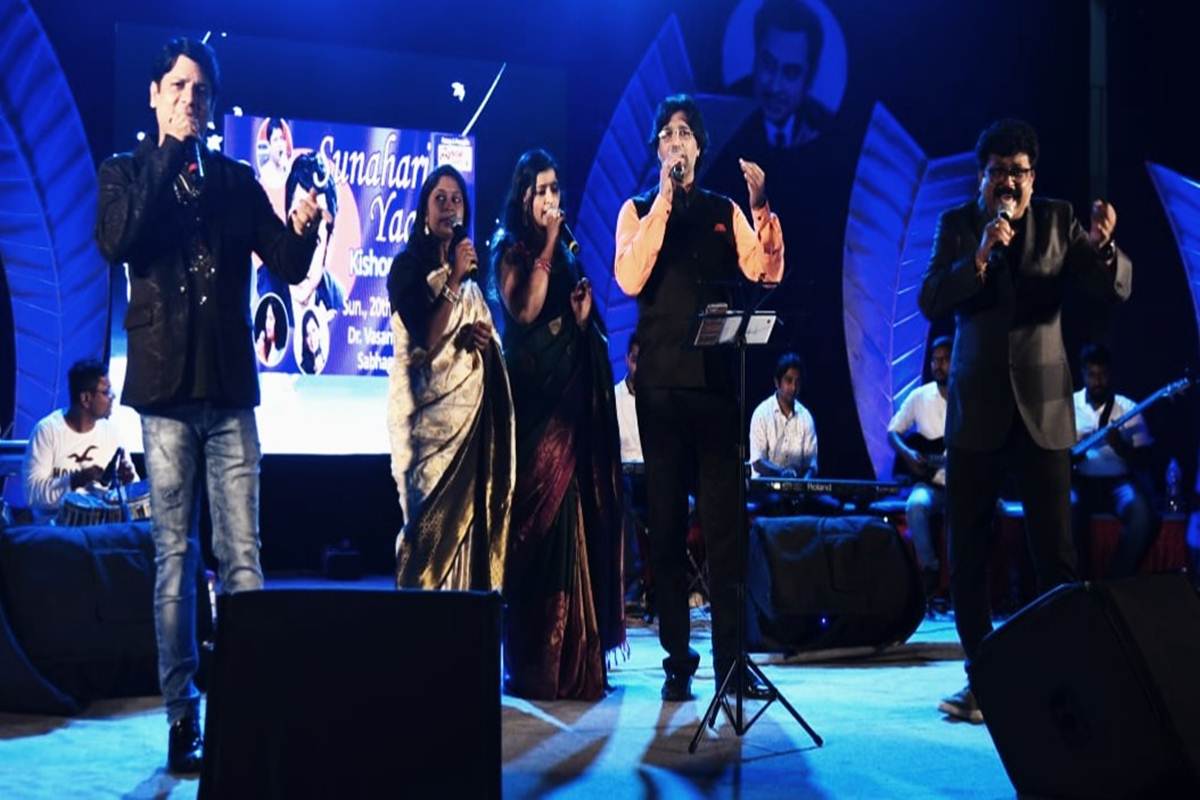 Hit songs of ‘Kishore Da’, Rimjhim gire sawan, Parag presented another melodious tune ‘Zindagi k safar mein’ was praised by the audience. Nilesh and Dhanashree performed a duet song ” Vada karo nahi chhodenge tera saath’ which mesmerized the audience and refreshed the memories of the classics of their era, ‘Tere bina zindagi se’, ‘foolo ka taaro ka’, ‘Aati rahengi bahare’, and many other melodious classics of Kishore Da was presented at the show.

Music lovers were enjoying and tapping their feet at the rhythmic tunes ‘Mere sapno k rani’, ‘pag ghungroo baje’ and many more were sung on the day. The energy level of the singers was high which helped them to give their best performance while spectators enjoyed the evening to the fullest.

The event was a tribute to the golden era where all the super hit songs of Kishore Kumar were rendered by singers, Parag Paunikar, Prasad Raut, Nilesh Nirgudkar, Anuradha Ambole and Dhanashri Deshpande.

Mahendra Dhole and Vikram Joshi along with top musicians from the industry helped in arranging the show for Nagpurians while Nasir Khan compared the show.

Big Boss Season 16 preparation on, will be...

Rashami Desai sets the internet on fire with...

From Big B to Paralympics gold medalist Avni...

Check Out these Weirdest Phobias Of B-Town Celebs