Nagpur Municipal Corporation, NMC taking advantage of the lock down had repaired and developed many areas and its surrounding, but the challenges seems to be coming without a warning in time. Recently, the boundary wall of Eat Street (Khau Gali) was seen broken and damaged, with a huge part of the wall being submerged into the Gandhi Sagar lake. 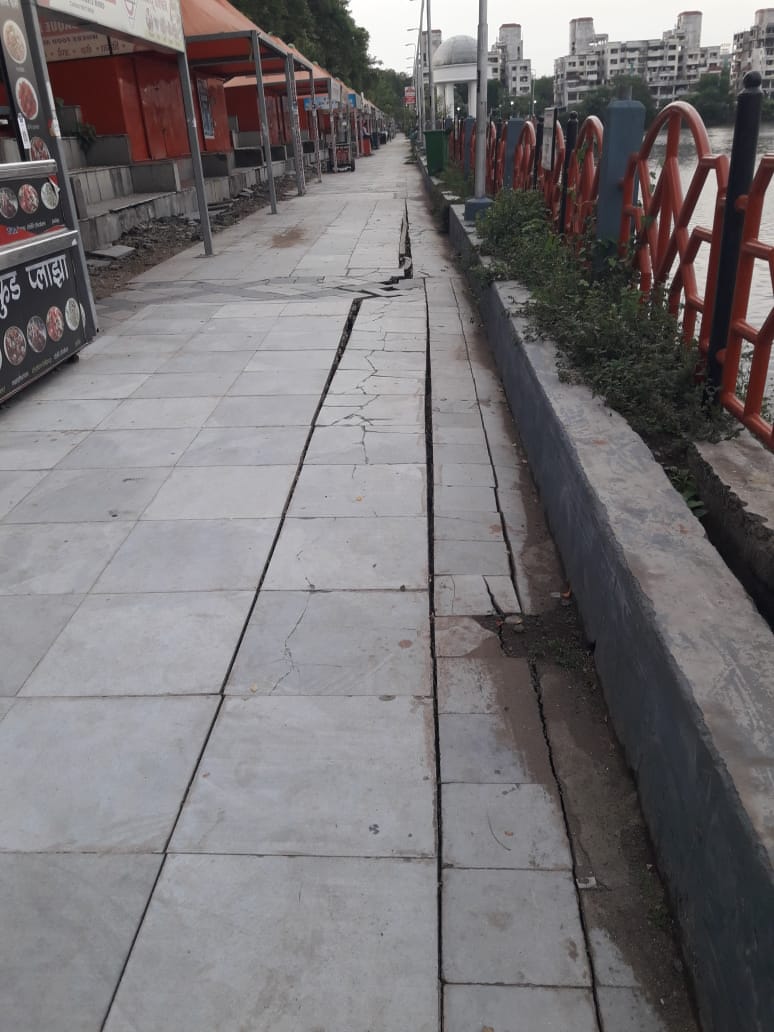 Besides the wall being damaged the floor of Eat Street, can also be seen cracked and subsided compared to the normal ground level.  This wall being cracked leaves behind just few fences which are now open  directly to the lake, which could provoke a major incident for the people who visit the site.

Although the site has been closed as the restrictions have been implemented to stop spread of Covid -19, still the threat remains to the same level as the citizens can easily jump over the main gate and enter into the premises.

Eat Street which was just inaugurated few months before the lock down hit the city and was being used by people and the shop owners just weeks before strict implementation of quarantine measures, can now be seen ruined to a greater extent. Soon the days with heavy rains will hit the city which again could be critical as it could damage the property.

Concerned over this issue, TLN spoke to Amol Chorpagar, Garden Superintendent who informed, “The wall which can be seen damaged was an old wall and might have loosen its grip on the ground, we have noted the issue and have informed the Assistant commissioner of that particular area. The next steps will be taken by civil wing who have also looked into this matter.”