Part-time bowler Atharva Taide achieved a dubious record by conceding a whopping 32 runs in an over as Saurashtra piled up a huge score of 233 for 7 against Vidarbha in the Elite Group D match of the Syed Mushtaq Ali Twenty20 Trophy at the Holkar Stadium in Indore on Wednesday.

Vidarbha captain Ganesh Satish won the toss and opted to field. His decision completely backfired as Saurashtra went all out from the word go.

Opening batsman Ari Barot was on song from the beginning and batted fearlessly. For a brief period between third and fourth over, Vidarbha looked in control when they managed to take two successive wickets.

First match’s star performer Darshan Nalkande sent back Harvik Desai (10) on the last ball of his second over. Moments later Yash Thakur dismissed Samarth Vyas (0) on the first ball of his spell to reduce Saurashtra to 19 for 2.

However, Vidarbha could not tighten the screws and let Saurashtra off the hook with some poor bowling and sloppy fielding. Barot and Prerak Mankad punished Vidarbha bowlers during their 71-run stand for the third wicket in just six overs. When Mankad left the ground, he had already done a huge damage with his swashbuckling 59 off just 26 balls which included six fours and four sixes.

From the other end, Barot continued his powerful hitting. The attacking opener pummeled 93 off 44 balls. The flamboyant opening batsman slammed 13 boundaries and four sixes to put Vidarbha on the backfoot.

Ganesh Satish’s another decision proved wrong when he asked Atharva Taide to bowl. The part-timer conceded record 32 runs in one over which boosted Saurashtra’s total a great deal.

Avi Barot and Arpit Vasavada hammered three fours and three sixes in that over. Taide also conceded a no ball to make the matter worse for himself as well as team. 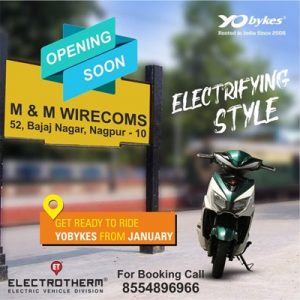 Although off-spinner Akshay Wakhare did not take a wicket, he conceded just 35 runs from his four-over quota.

Darshan Nalkande impressed once again with his outstanding bowling show. The Kings XI Punjab pacer, who had taken 4 for 20 in their previous match against Rajasthan, repeated his superb performance to return with 4 for 32. Thanks to his three late wickets, Vidarbha managed to restrict Saurashtra to 233.

Fellow speedster Yash Thakur picked up 2 for 47, while Akshay Karnewar took a wicket at the cost of 48 runs.

In their inaugural outing on Monday, Vidarbha lost to Rajasthan by three wickets.