During the month of October, Zee TV had introduced two new fiction shows as part of the new and exciting content offered by the ZeeTV Entertainment Express. Apna Time Bhi Aayega brought forth the inspirational narrative of Rani, the young daughter of a head staff member of an affluent family of Jaipur, who refuses to be tied down by her humble roots and breaks â€¯free from the shackles of her background to carve her own destiny. 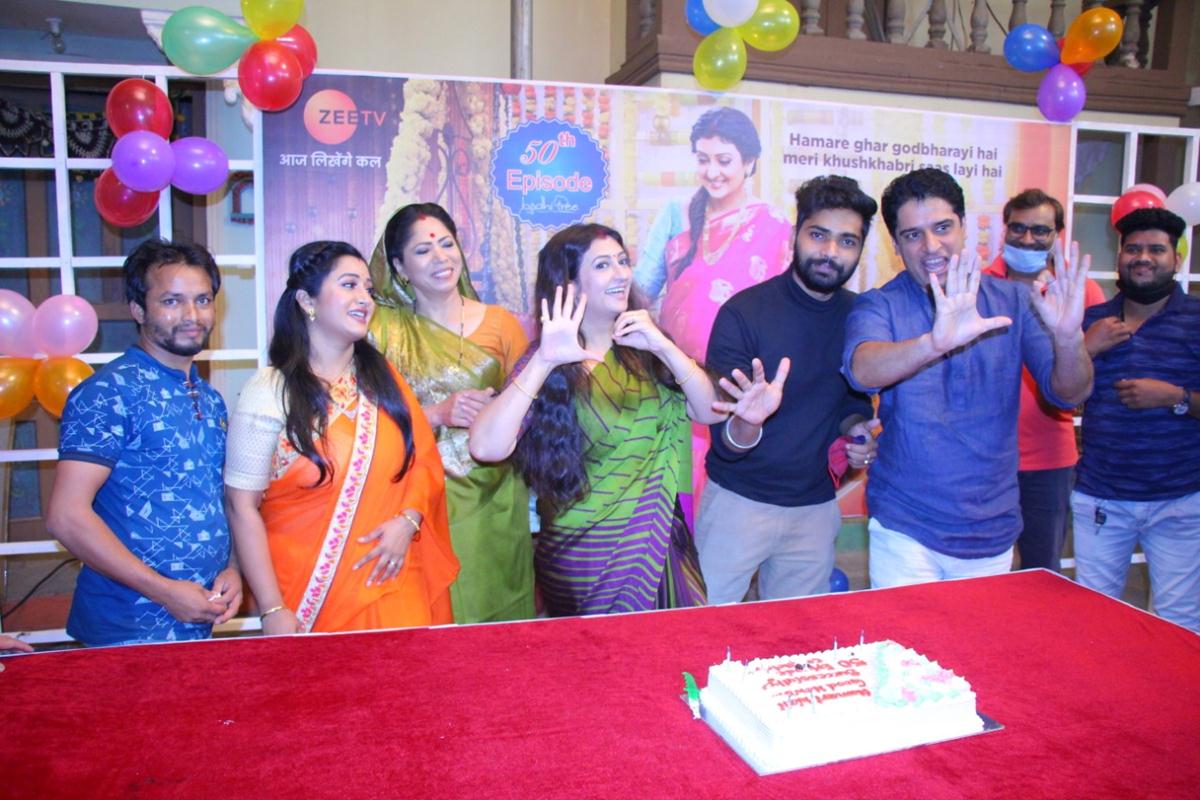 Hamariwali Good NewsÂ presented a heart-warming story that captures the essence of the ever-evolving dynamics of the saas-bahu relationship in Indian society through Navya (Srishti Jain) and Renukaâ€™s (Juhi Parmar) journey and relationship.

Ever since their launch, both the shows have been keeping the viewers entertained withâ€¯unpredictable twists and turns to their storyline. With immense love pouring in from the audience, the shows recently completed 50 episodes and had a rather grand celebration on the set to commemorate the moment. While the entire cast and crew ofÂ  Apna Time BhiAayega, except for Tannaz who has been on recovery mode were seen cutting 8 different cakes on the set, the celebrations at Hamariwali Good News saw an excited Juhi Parmar spreading cheer while cutting the cake with her co-stars. Both the celebrations saw the achievement fervour and pride amongst all the members as they marked this new milestone.

Commenting on hitting the 50 mark, Megha who plays the character of Rani in Apna Time BhiAayega said, â€œThe achievement of completing even a small milestone like 50 episodes seems like a great one! We indeed had quite a blast celebrating on set with the entire team gleaming and cheering in joy. It was an extremely proud moment for us and for me too, even though I joined the show much later. Rani has become extremely close to me as has the cast and crew of the team. I look forth to celebrating many such bigger milestones and really hope the support keeps coming in.â€

Ecstatic at achieving the first milestones of many, Juhi Parmar who essays the role of Renuka in Hamariwali Good News said, â€œThis is an overwhelming yet exciting achievement for me and the whole team of Hamariwali Good News. I am extremely happy to be playing the protagonist of the show and I believe that the success and love that we have received until now is owed to the brilliant work put in by the entire cast and crew as a team together. We are extremely glad and grateful to the audience who has warmly and openly accepted Hamariwali Good News and its characters. Hereâ€™s to hoping for many more achievementsâ€.

The bus stops where the bus never stops