Jitendra Kale of DGA Central, Mumbai defeated his teammate Dilesh Khedekar to lift the Mens Singles trophy, while Rashmi Ranjan of A.G. Gwalior outclassed Audry D Souza of A.G.Mumbai to lift the Women’s Singles trophy in the concluding day of the IA&amp;AD West Zone Carrom Tournament held in the multipurpose hall of Office of the Accountant General (A&amp;E)-II, Maharashtra, Nagpur. The veteran mens’ title was pocketed by Pradeep Kharat of A.G. Mumbai who beat B.N. Verma of A.G. Chattisgarh. 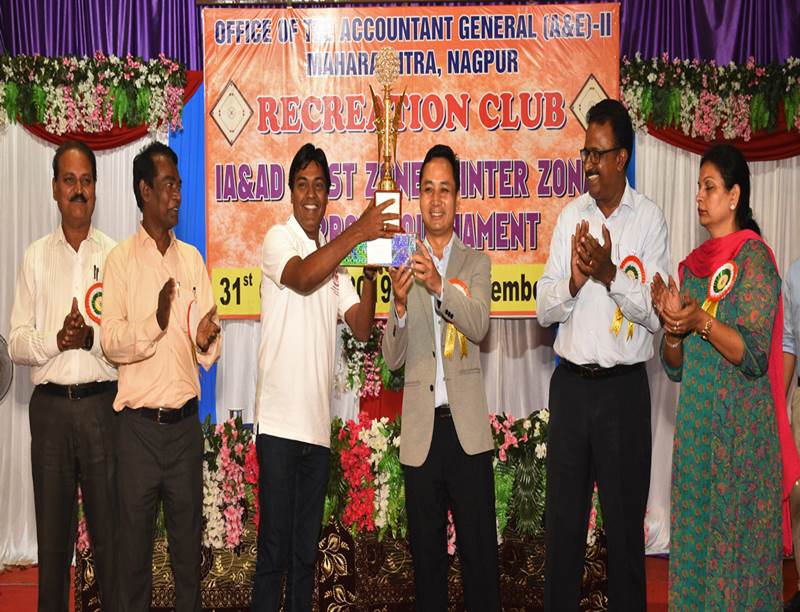 Chief referee for the tournament was Shri Manoj P. S. read out his report at the end of the tournament. In addition to the local referees, the other departmental referees were Krishnakumar P.,Rajneesh Mishra, Shakeel Akhtar and Partho Banerjee.