Revival of MSME must to revive economy – Dipen Agrawal

A delegation of Chamber of Associations of Maharashtra Industry and Trade – Nagpur (CAMIT) and members from the Vidarbha Aggarbatti Welfare Association (VAWA), led by Â Dipen Agrawal President – CAMIT met Union Minister for Road Transport, Highways and M.S.M.E., Nitin Gadkari to express their gratitude to Gadkari for his intervention and instant resolution to problems of small and marginal agarbatti manufacturers.

At the outset, Dipen Agrawal, president of CAMIT welcomed and felicitated Gadkari with shawl, shriphal, flower bouquet, memento and a letter of gratitude thanking him. It was due his intervention that Government of India has revised its import policy and reclassified raw agarbatti under the list of Restricted Goods for import. 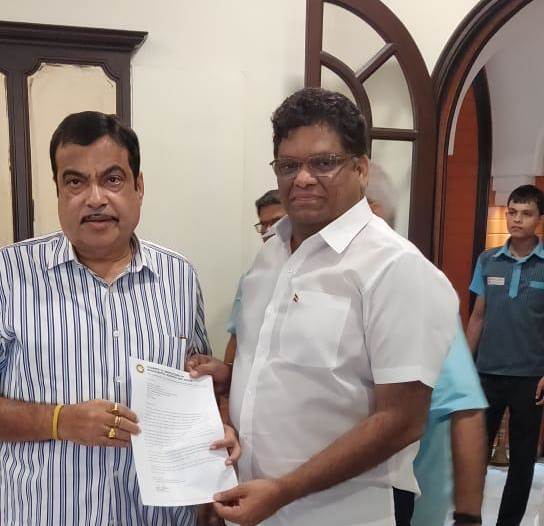 A previous delegation had represented to Gadkariji about the existential crisis faced by agarbatti manufacturers in India. There are about 400 units in Nagpur, about 1300 units in Vidarbha and about 27000 units in India and they all were on verge of closure due to import of Agarbatti at concessional rate of duty from Vietnam by importers by exploiting the India-Vietnam treaty (AIFTA Treaty). Agarbatti manufacturers are mainly Micro Enterprise/ Cottage Industry and closure of same would have affect the livelihood of about 27000 entrepreneurs and about 270000 direct employees and their family members.

Dipen Agrawal on behalf of a team of CAMIT and Vidarbha Aggarbatti Welfare Association expressing gratitude, thanked Gadkariji for patient hearing and instant resolution for protecting the livelihood of thousands of employees and entrepreneurs of aggarbatti and connected manufacturing units.

Get the latest Nagpur Business news and updates about the cityâ€™s economy, business, and market. For an exclusive & live updates from the Nagpur, stay connected with THE LIVE NAGPUR.

Centre clarifies issues on GST on rent for...

VIA Panel Discussion on How to involve young...